A New Zealand marine ecologist says an ancient sunken forest in the North Island may provide more clues about climate change over centuries. 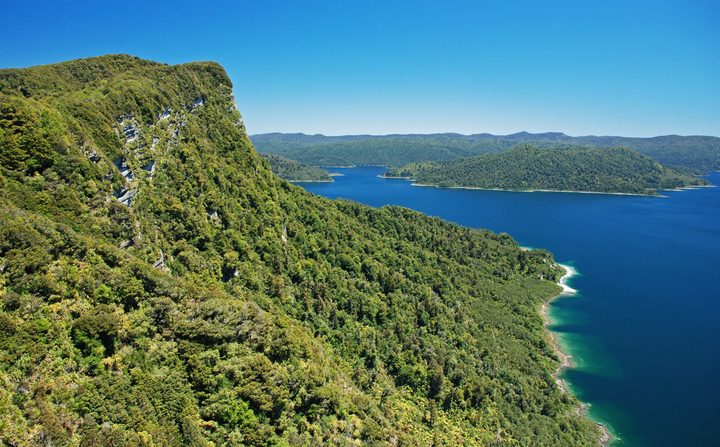 The forest of trees, up to 2000 years-old, lies beneath Lake Waikaremoana in the heart of Tuhoe country, about 80 kilometres west of Gisborne.

The Niwa scientist, dive manager and acclaimed underwater photographer Crispin Middleton, has been working with New Zealand Geographic to document the forest.

He is described by Niwa as an "underwater magician" for his work documenting life beneath the ocean's surface and this time has turned his attention to a fresh water project.

Mr Middleton says it was more of a personal project outside his work with Niwa, but the organisation is now considering paleo-climatic research on the trees, similar to work being carried out on Northland swamp kauri where the rings on the trees are being analysed, which indicate historic climatic patterns.

"If you think about Lake Waikaremoana it's a place suddenly frozen in time." 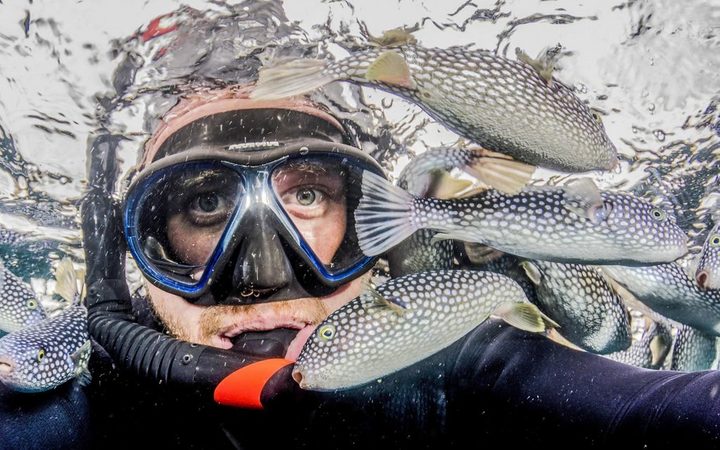 He said the forest has been under water since the lake was formed by a landslip more than 2000 years ago. The large trees, believed to be beech and possibly rimu, remain upright deep below the lake surface.

"Hopefully there'll be more work done next year to figure out what species they are."

Mr Middleton said not many people have dived on the forest.

"But we saw some old pictures and thought we'd go back and document it, which is the article we're currently working on."

He said the trees, some of which are more than 30 metres tall, are still standing with four to five-metre buttresses on them.

"It pretty amazing when you're diving among them to know, no one's really ever stood among them but they probably had moa walking around them, and there they are - still standing at the bottom of the lake."

Mr Middleton said the forest "canopy" was visible below the surface on a sounder from a boat passing over it.

"When they put the hydro scheme in the lakes, they lowered the lake level and they chopped the top of the trees off so they weren't such a navigational hazard which is why you don't see them, and while some have fallen over, there are still some big old trees there. It's pretty impressive." 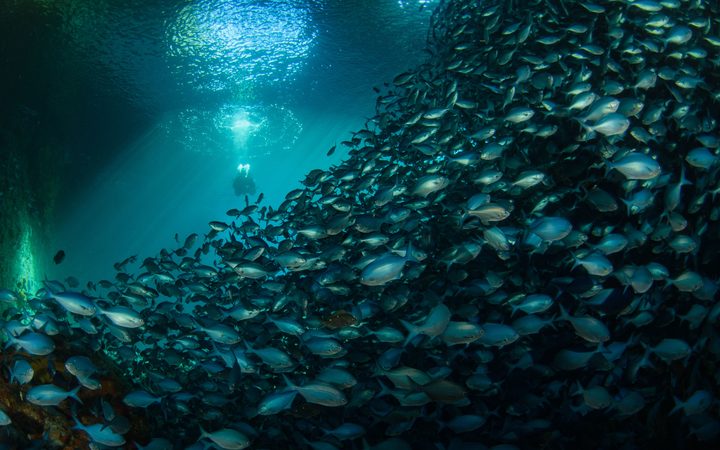 Mr Middleton is based in Whangarei and has received a number of photography awards for his work which regularly appears in New Zealand Geographic, various dive magazines, scientific journals and conservation and government documents.

The marine scientist from Sheffield, which he said is about as far away from the sea as possible in the UK, said most of the time he has a dream job.

"We get to go to some amazing places and see some amazing things but there are ups and downs, and a bit of administration which isn't so much fun."

Mr Middleton has been in New Zealand for about 18 years. He arrived on a working holiday visa and started working at Niwa almost immediately, in a role sampling fish, and "worked his way up the ranks".

He said his love of marine life began as a child when he kept fish in a tank.

"I used to hang around ponds and lakes, looking at all the fish, and the interest progressed to the ocean and then I want to university in Wales."

He said the Poor Knights marine reserve is a "definite favourite".

"It's such a stunning place and we can find rarities or species new to New Zealand on almost every trip.

"There is a real chance of photographing something no one has ever seen here before."

The article on the sunken forest is due to be published in New Zealand Geographic in the New Year.