A woman who was denied a post-study work visa has won a reprieve from Immigration New Zealand after a leading law firm took up her case. 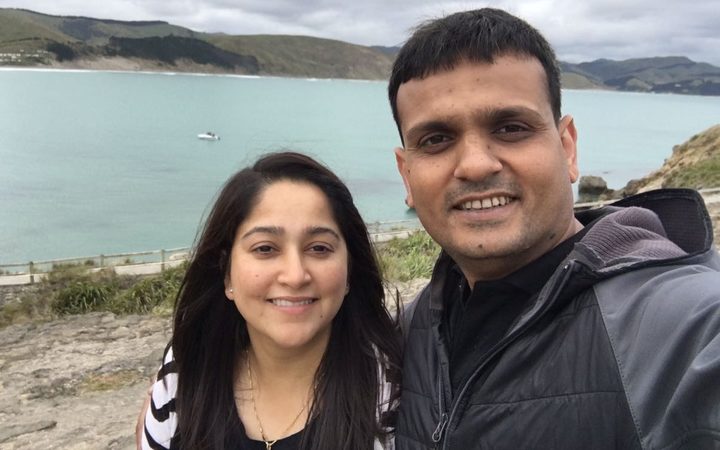 Shyamal Patel, who has a masters in International Studies from IPU in Palmerston North, was baffled when Immigration NZ rejected her bid to stay in the country.

She received "the best Christmas present" ever with the news she and her husband Jignesh can stay in New Zealand.

Earlier this year, she was offered the role of office manager at Alamir Bakery in Wellington - a food company that supplies more than 300 supermarkets and restaurants nationwide.

It also has international trade links, importing raw ingredients and equipment from places such as Lebanon, Jordan and the United States. However, things were looking bleak in November when her application for a post-study visa was rejected.

At the time of the original decision, Immigration NZ said they had reviewed Mrs Patel's application four times and that the job offer and the qualification did not match closely enough.

Mrs Patel had already booked her ticket back to India for 23 November.

After her story ran on RNZ however, she was contacted by a lawyer from the firm Chapman Tripp, who offered to take up her case for free.

"I was pretty worried about my financial position but they did it pro bono, which was amazing."

They found some "missing pieces" in her file.

"And they explained it to Immigration, and here I am today," she said.

"We got the news on 24th of December, a great Christmas present. The amount of people who have given me support, it's just marvellous."

Mrs Patel said her job offer with Alamir Bakery was still open and her husband was now looking for work in Wellington so they could be together.

Lawyer Daniel Kalderimis, who oversaw the case, said when he first heard Mrs Patel's story on RNZ he suspected "something had gone wrong".

He phoned her at work and offered his assistance.

A "cursory glance" at the paperwork revealed a couple of holes, which would make a basis for a judicial review, Mr Kalderimis said.

He said closer analysis suggested to him that Immigration NZ had been hasty in deciding her degree did not match the job she was doing.

Mr Kalderimis said it also appeared that officials had "not fully appreciated" the complexities of her job, with 22 staff to manage and the business doing several million dollars turnover.

Mrs Patel's lawyers quickly sought permission for her and her husband to say in New Zealand pending the proceeding, which came through shortly before their flight was due to leave.

Then they applied for leave to bring a judicial review.

Under the Immigration Act, this must be done within 28 days and it had been more than seven months since the decision.

In the end, they did not need to convince a judge because the Crown was persuaded of their arguments and agreed to grant two-year work visas if they discontinued the judicial review proceedings.

"It was the right outcome for Shyamal and Jignesh and my team did a fine job of showing that," Mr Kalderimis said.

He said there was "an element of good fortune" when it came to visa applications, with lots of people applying and "only limited resources to review".