About 60 firefighters have been battling a blaze at an university building in central Auckland. 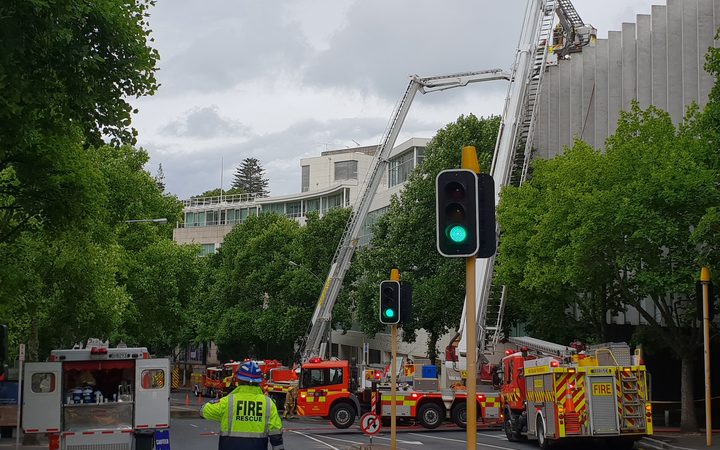 Fire and Emergency were called out to the Auckland University of Technology building on Mayoral Drive just after 3.30pm.

Auckland city area commander Richard Twomey said they first thought the blaze was just an external fire between the walls of two buildings.

"It didn't look like it was particularly significant fire but later on we found it started from inside the building and then had came out," he said.'

"It's actually in a wall cavity and it's difficult for us to get to.

"We've got a fair bit of resources here and that's just to get the roof off and try to find out where the fire has travelled to."

Mr Twomey said fire investigators would be determining the exact cause but he believed the fire may have started in the switchboard area.

"It's extensive in the fact that it's covered a large area, it's going to be a fair bit of work to try and reinstate the building where the fire has gone to," he said.

Mr Twomey said everyone was evacuated from the building.

He said some firefighters would most likely remain on the scene overnight to monitor the situation.

People have been urged to avoid the area.

Fire incident update 1. The emergency services are attending a fire in WG building at the city campus, which has been evacuated. 3 buildings WG, WA and WH will be closed tomorrow. Student Hub service will be available via 0800 AUT UNI (0800 288 864) or WO building ^AS