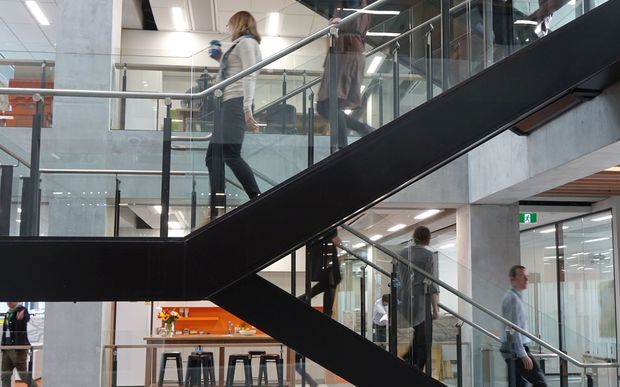 The Public Service Association (PSA) who are representing the 152 workers - about 35 percent of Environment Canterbury (ECan) staff - hoped it would encourage ECan to reconsider adding in a clause recognising Te Tiriti (The Treaty of Waitangi).

"It's a general clause that says we will value our staff and that we will treat them with respect and dignity - which we expect from employers - so we were quite surprised at the refusal to put it in the collective agreement."

Ms Collier said it was not uncommon to have a clause acknowledging Te Tiriti in a collective agreement.

"Within a lot of local government areas we've been able to get clauses into the collective agreement around that.

"ECan have said that they have a legal opinion that it's not necessarily a thing that they would put in a collective agreement and so we've asked for a copy of that legal opinion and they've not given that to us."

She said there was also disagreement between members and ECan about how much people were paid, relative to their role.

"We got the information from ECan which says 'this is how we pay our staff'. There's a minimum rate, a median rate and an upper range for the job.

"And when you look at it 73 percent of our members are paid less than the median rate for their job so that is a bit of a concern for us because what ECan says is that on average people are paid at the rate for the job."

Some were paid less than the minimum rate on the scale, she said.

"The collective provides that people won't be paid below the bottom of the rate and we found that some people are."

Ms Collier said they could not rule out further action after the Christmas holidays if negotiations could not budge.

A spokesperson for ECan said it had offered a pay increase of 1.1% which was consistent with non-union staff and with its policy.

"The PSA has called for their members to take industrial action, and we respect their right to do so. We will be continuing discussions with the PSA to reach resolution.

"We are in the middle of good faith bargaining and cannot comment further," the spokesperson said.