Wellington's convention centre has finally been given the green light after years of trying to get the project off the ground. 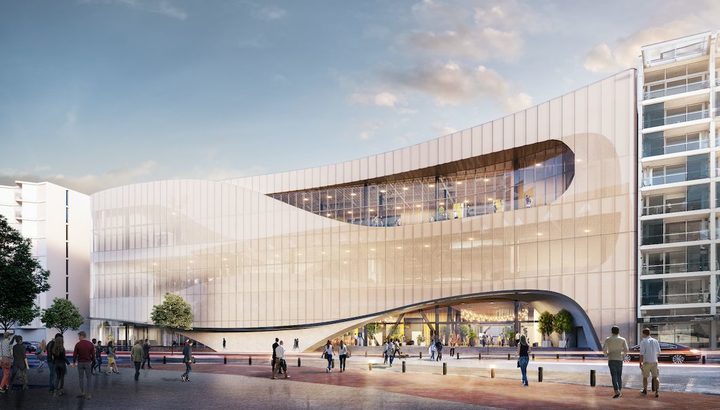 Wellington's convention centre has finally been given the green light Photo: Supplied

City councillors have voted unanimously to go ahead with plans to build the $179 million project.

It was announced the convention centre would be built in collaboration with a Hilton hotel in 2014.

However the deal fell over when the developer and the person who owned the site couldn't decide on a price.

A year later plans for a convention centre and a film museum created by Sir Peter Jackson and Sir Richard Taylor were revealed.

But in August this year, Sir Peter and the council parted ways despite the council doing all it could to make the project go ahead.

Today councillors voted unanimously for the latest plan, a convention centre with an exhibition space underneath it, to go ahead.

"It's been five years in the making, there have been some ups and downs along the way but it's good to absolutely nail it now and to have strong support from the business community and Wellingtonians."

He said the exhibition space and convention centre combined would add $44.8m to Wellington's GDP and create 554 new jobs.

The three years of construction would provide 864 jobs, and generate $76m for the city's GDP.

During council discussion councillor Andy Foster said Wellington did need to be in the convention business and needed a purpose built facility.

He raised concerns around the cost of the project and said he wasn't convinced by the design of the ground floor. He said shops or cafes might have been better, instead of an exhibition space.

But the biggest issue he had with the convention centre was the size of it, which was essentially double the size of the original proposal.

"I am frustrated that when the movie museum went down, we've essentially used all the space and the cost for that, to increase the size of the convention centre."

Mr Foster referenced decisions around the Westpac Stadium, when making it seat 45,000 people was considered, instead of the 35,000 it seats now.

"Sometimes big is not always the best."

Justin Lester said the city was always going to grow, and when it came to the size of the centre, he was confident the balance was right.

The project relies on $25m in government funding, and Mr Lester said under the previous government, Ministry of Business Innovation and Employment officials had shown their support for the project.

He said the council would sit down the new government to seek its support, now that the council had given the convention centre the green light.

Councillor Iona Pannett added an amendment to the council report - asking the council to agree in principle to attaining a five NZ Greenstar building design.

Officers would report back in February 2019 on the costs of making the building more sustainable.