About 2000 court staff will vote on a proposed increase of 4 percent before Christmas, the Public Service Association says. 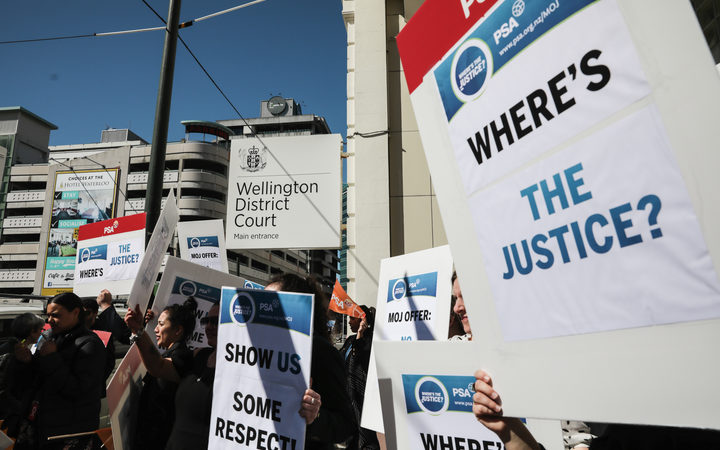 The workers' union, Public Service Association (PSA), has reached a settlement with the Ministry of Justice over a long-running dispute over pay.

PSA said in a statement that the settlement will now be voted on by its 2000 members.

"While we accept this has been a difficult situation because of historic under-resourcing at the ministry, the ways in which pay systems were being unfairly framed and the persistently low pay on offer to our members was unacceptable," PSA National secretary Glenn Barclay said.

"Now that terms of settlement have been signed, full details of the offer will go out for ratification by PSA members across Ministry of Justice sites around the country to be voted on before the end of the working year."

The settlement includes an across-the-board pay increase of 4 percent over two years, a cash injection to remedy historically low pay rates and a lump sum payment to cover wages lost due to the strike action.

It also entails movement away from what it calls the ministry's "pay matrix", and instead a step towards annual pay progression.

The settlement also includes a commitment to addressing the gender pay gap.

The ministry has previously said an estimated 7500 fewer hearings, ranging from sentencing to bail applications, were completed in November compared with August - the month before the industrial action started.