A psychiatrist is warning that Hillmorton Hospital in Christchurch can be a terrifying place to work and senior management should be held accountable for the appalling levels of violence against staff. 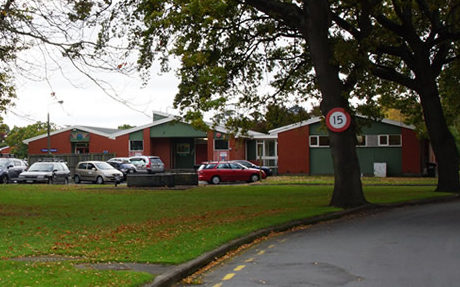 The Canterbury District Health Board is reviewing its practices at Hillmorton Hospital following several attacks on staff by patients. Photo: Canterbury DHB

Recent assaults at the adult mental health inpatient unit at the hospital have included one nurse being stabbed, one attacked with boiling water and another strangled.

The Canterbury District Health board earlier this week said no level of violence towards staff or anyone else was acceptable and a review is underway.

It's also agreed to a WorkSafe demand for a meeting which should happen today.

Consultant psychiatrist Alma Rae, who worked at the hospital for 27 years, resigned in 2015 because of her safety concerns.

Dr Rae said she has personal accounts of trouble at Hillmorton.

"A good friend of mine, a senior nurse, has had his nose broken and in a separate incident had his cheek broken in the last two years and this is a very experienced, [he's a] very sensible man who has been hurt significantly," she said.

"A nurse was hospitalised after severe damage to her thumb ... there's a serious incident at least once a week."

Dr Rae said a number of things in the health sector are going wrong nationwide, and Hillmorton has suffered worse than most.

"One is the general underfunding of health, which has had a particular impact on Canterbury and mental health.

"The police have decided that they are no longer going to hold intoxicated people in their cells and so those people are now being moved into the medical sector and may wind up in a mental health ward which is no place for them to be ... and there's synthetic cannabis and P [methamphetamine] rife in the community and we also have a nationwide nursing shortage."

Dr Rae said patients are only detained nominally and can leave if they want. They can also refuse to be searched which leads to drug trading between wards.

She said that while seclusion should be avoided, patients who are possibly on drugs or extremely psychotic need to be restrained.

"You can't reason with them, you have to contain them," she said.

Dr Rae said the facility is understaffed and the patient load doubled since the Christchurch earthquakes. 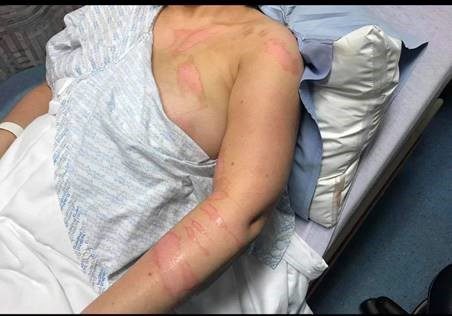 A nurse suffered burns after having hot water thrown over them by an irate patient. Photo: RNZ / Logan Church

Dr Rae said the issues at Hillmorton though are particularly concerning and drastic change is needed.

" think that senior management have really dropped the ball at Hillmorton.

"This has been a dangerous workplace for three years now but there's a level in management that's more interested in earning brownie points with the Health Ministry by not locking people up, not having smoking, not using calming and restraint and the fact that nurses and patients are being injured seems to be not particularly noticed.

"At Hillmorton, the senior management has been there in some cases for decades. I know these people, they're good people and they work hard, but I think they've got the boiling frog syndrome. It's been so bad for so long that they're kind of stuck for something to do.

"It is a terrifying workplace. Mental health has always had the potential - very very occasionally - to be terrifying but the state of things at the moment is unsustainable because everybody is going to leave and of course the patients aren't getting any proper care ... because the energy is going into trying to keep people safe and actual nursing care is quite hard to come by."

Dr Rae suggested they immediately forget about the smoking ban, which causes agitation in new patients, and use seclusion more.

"They don't have the staff for less intrusive management," she said.