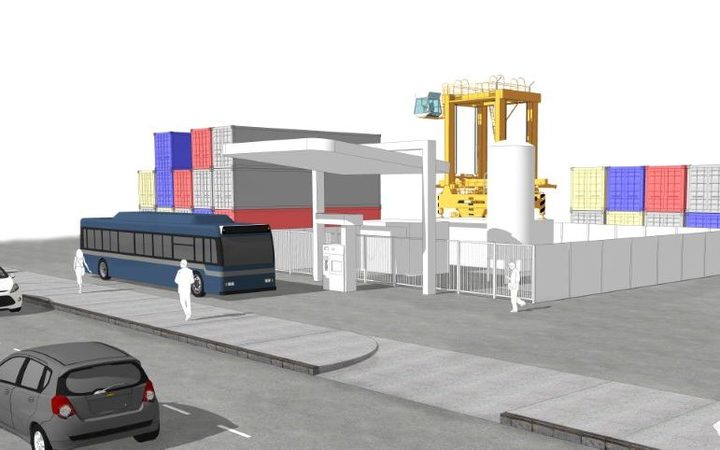 Photo: Render of proposed station courtesy of Ports of Auckland

Ports of Auckland is planning a station to make hydrogen from tap water, which will be used in vehicles and port equipment. It plans to apply for resource consent early next year and hopes to have it completed by the end of 2019.

The project is also being backed by Auckland Council, Auckland Transport and KiwiRail, which have committed to using it to fill their own hydrogen powered vehicles.

The plant is part of the port's plan to be carbon emission free by 2040.

"In order to meet that target we need a new, renewable and resilient power source for heavy equipment like tugs and straddle carriers, which are difficult to power with batteries," chief executive Tony Gibson said.

"Hydrogen could be the solution for us as it can be produced and stored on site, allows rapid refuelling, and provides greater range than batteries."

He said hydrogen could help the country to become energy self-sufficient and reach its goal of being carbon zero by 2050.

"Trucks, trains and ferries could also run on hydrogen, something which is already being done overseas, which would be a significant benefit for the community."

He said hydrogen powered trains are already being trailed in Germany. "If successful with passengers, there is no reason why the next development could not be hydrogen-powered freight trains."

The facility will be designed by hydrogen fuel experts, Arup.