In the end it may all come down to a simple hat. 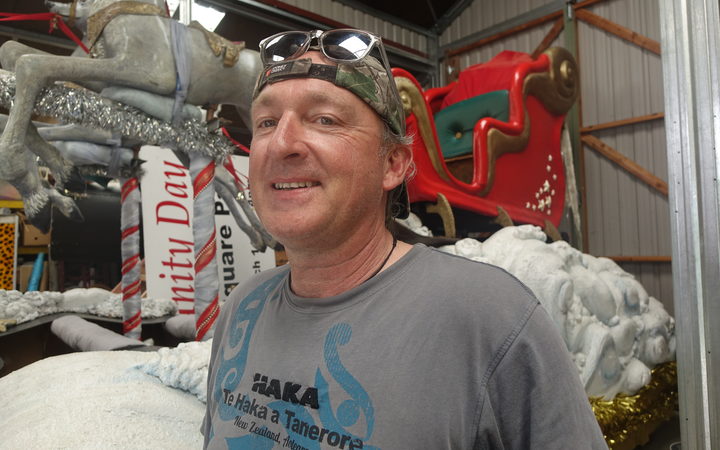 The parade's director says it all came down to Santa not wearing his hat. Photo: RNZ / Tracy Neal

The traditional-looking Santa with a white beard and a red suit was replaced at yesterday's Christmas parade in Nelson by a Māori man wearing a korowai.

And while that sparked a backlash on social media and left the city divided, the parade's director says the whole saga may well have been avoided if the man had worn a hat.

Mark Soper said it was the end to what had been a tough week: A house fire burned down half his office in the days leading up to yesterday's parade.

Then to top off what was the lead up to his first-ever parade as director, he had no Santa.

With no Santa, Robert Herewini, a carving teacher at Community Art Works in Nelson, which designed the costumes and art for the parade, stepped up to take the role.

Mr Soper said growing up in Feilding meant he felt having a Māori person as Santa was not unusual.

But he knew as soon as he saw Mr Herewini in the float without the hat he was meant to be wearing, there would be questions.

"According to one of the trustees they saw him wearing a Santa hat yesterday before the parade, but I take full responsibility because I wasn't there to monitor and check he hadn't done that."

Mr Soper said he would have preferred it if the Santa hat had stayed on, and he understood why some people got upset.

"I was confused myself, because I knew at that moment shit would hit the fan, and I'm answerable to a whole lot of really good people that work hard every year to make this happen.

"It's a three to four-month process."

There was mixed reaction from the sidelines yesterday, with most waiting to vent their views on social media.

Some liked the Māori interpretation - others felt short-changed and said they would struggle to explain it to their kids.

The Nelson City Council this year contributed $15,000 from its central city enhancement fund to the Santa Parade Trust which staged the event. 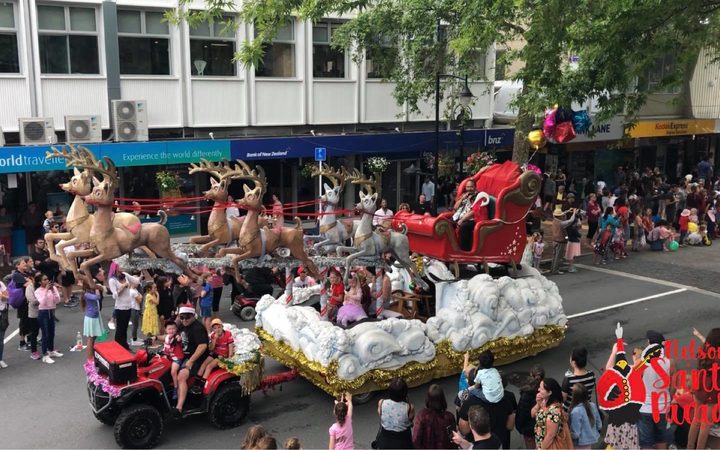 Deputy mayor Paul Matheson said beyond that, the council had no involvement in the parade.

"I think it's as much a surprise to us as everybody else and judging by the feedback it wasn't a very nice surprise for anybody.

"The reaction has been incredible, I must say."

Mr Soper said Nelson had the country's third highest migrant population and he was asked to create something that reflected this.

He said there had been under-attendance at community events from minority cultures.

"Perhaps this is a way to start talking and...you know, a lot of these multi-cultural groups don't know what Santa means. They didn't know what a Santa parade was until yesterday, but they do now."

Mr Herewini has declined to comment, but said through his colleague at Community Art Works he took off the hat simply because he was hot.

His colleague, Faye Wulff, said they had endured some vile racist abuse that had left them shattered.

Mr Matheson said the council would be doing a proper debrief.

"We'll have a look at what happened and we'll have a talk to the Trust, to say they need to be conscious this one didn't quite meet the 100 percent mark, so next year maybe they'll want to float a few ideas with us as well."

Mr Soper said if he still had the parade director's role after this week, he wanted to incorporate more multi-cultural elements into next year's event.