The El Niño weather pattern warming New Zealand's surrounding seas, could be contributing to the recent spate of whale strandings. 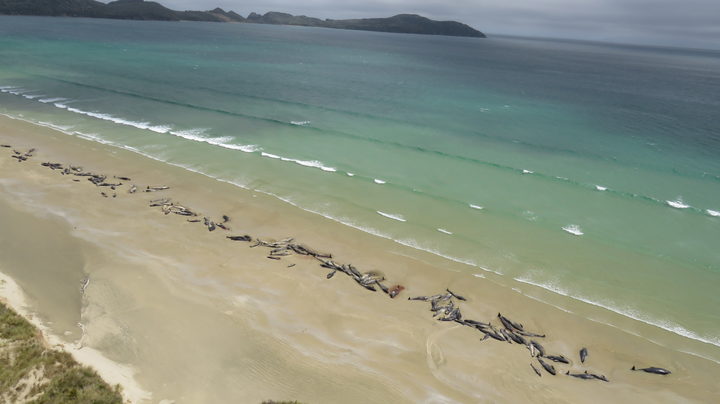 On Friday up to 90 pilot whales had stranded themselves on Chatham Island, only four days after 12 pygmy killer whales became stranded on Ninety Mile Beach and 145 pilot whales died in a mass stranding on Stewart Island.

NIWA's summer outlook has predicted average or near average sea surface temperatures are expected in New Zealand's coastal waters during the next three months.

Dr Stockin said in the Hauraki Gulf there had been an unprecedented number of blue whale sightings which she had not seen before in her 15 years of work there.

She said what made the recent strandings unusual is that they happened all within a week of each other and while pilot whale strandings were common this time of year, pygmy killer whales, which are uncommon in New Zealand waters, were not.

"The more this goes on, the more animals that are coming, the more we're starting to challenge if there is something going on more broadly that we're not yet aware of," she said.

Dr Stockin said it was a situation that would need to be monitored over the next few months. 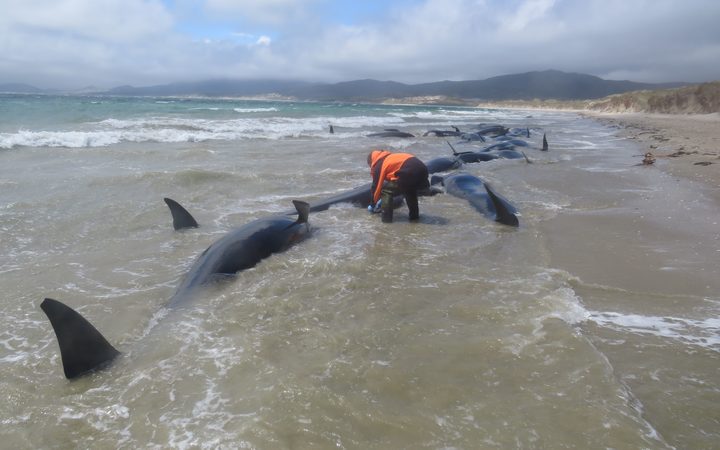 Whale strandings could become a common occurrence in the summer time according to Dr Stockin. Photo: DOC

She said with the peak stranding season now in place until March, it was possible there would be further strandings before the summer ends.

She asked members of the public to be vigilant and to report any strandings immediately to the Department of Conservation or groups like project Jonah and Far North Whale Rescue.

"There were some very well-meaning individuals in the recent pygmy killer whale strandings that spent many hours trying to refloat those whales before DOC or Project Jonah were notified," she said.

Dr Stockin added there are right and wrong ways to help the animals and the animals can be injured if they're not handled in the right manner.

"We do recommend individuals work alongside these authorities to get these animals back to sea," she said.