Police cancelled compulsory sexuality and gender identity training two years ago and talk of bringing in new training a year ago has amounted to nothing. 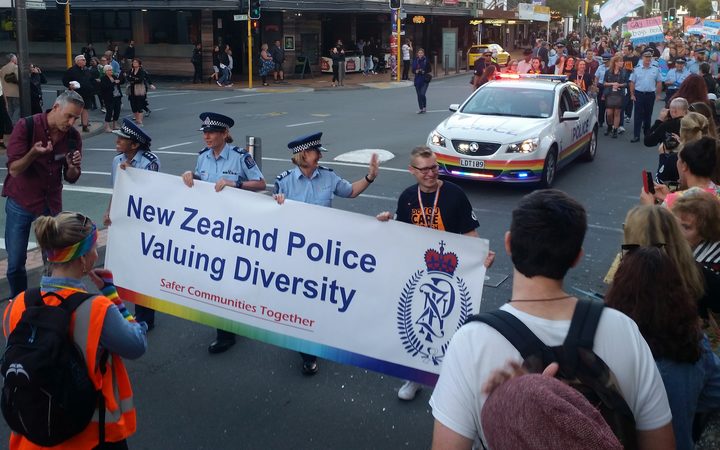 Sexuality and gender identity training for all police staff, including recruits, was compulsory from the early 2000s up until two years ago but police say they have now moved away from this type of training for individual groups.

Last year the police revealed they were looking to bridge the gap between police and rainbow communities by bringing in compulsory LGBTQI training for all new police recruits.

"Compulsory training would be a huge deal for New Zealand - it represents a major shift in the historic engagement between the two parties," Sergeant Mark Clayton told Stuff last October.

But in the past year, they've not made any progress on this.

Police were asked not to march in uniform at next year's Pride parade because the board believe, as an institution, they do not currently meet the required degree of safety or awareness for LGBTQI communities to feel safe. As a result, police withdrew their application.

Police have no plans to reinstate the earlier compulsory training.

"Instead, the entire recruit training programme now has had a very strong focus on living the police values daily - demonstrating professionalism, respect, integrity, commitment to Māori and the Treaty, empathy and valuing diversity to all people in all communities," a police spokesperson said.

Police said some of their role-playing scenarios feature same-sex couples and they have many staff who are part of the LGBTQI communities.

And they said tactical communications training - which teaches officers how to communicate with people during the jobs they attend - mentions working with LGBTQI communities, but police refused to provide further details of this.

Last night Police took out Organisation of the Year at the LGBTI awards, a category "celebrating brands that have successfully promoted inclusivity and support for the LGBTQI community". Senior district liaison officer Tracy Phillips, who lead discussions with the Pride board, was awarded Corporate and Social Ally.

Pride board chair Cissy Rock said while there's a perception that police have gone far enough, members of the LGBTQI communities say otherwise.

"There's a group of people whose felt experience isn't matching this talk or these actions and so I guess until we have a consolidated experience of the actions, the talk and the feeling that people get when they're interacting with the police all being in alignment, we're not moving forward."

The police aren't naive enough to see this corporate award as an endorsement of the work they are doing with rainbow communities, she said.

And changes they've made in attitude or behaviour need to be supported by some sort of training.

"I think it's pretty hard to sustain a new behaviour without there being any support in place."

Even the Police have publically acknowledged that there's still some way to go, she said.

"I guess it's pretty hard when you can see some pretty cool things happening, I think we've got some great police recruitment advertisements on television, we've got a whole set of DLOs (Diversity Liaison Officers), there's conferences where people are really engaging with our community and asking how do things go forward."

"Police are committed to supporting and working with our rainbow communities" and "also acknowledge that there are also areas where we can improve in this space".

Police and the Pride board have planned a meeting in early December and Ms Rock said this is a chance for police to discuss where they believe the change needs to happen and for the two to move forward together.