Trucking companies are competing for big contracts at the expense of their staff, a truck driver's union has warned. 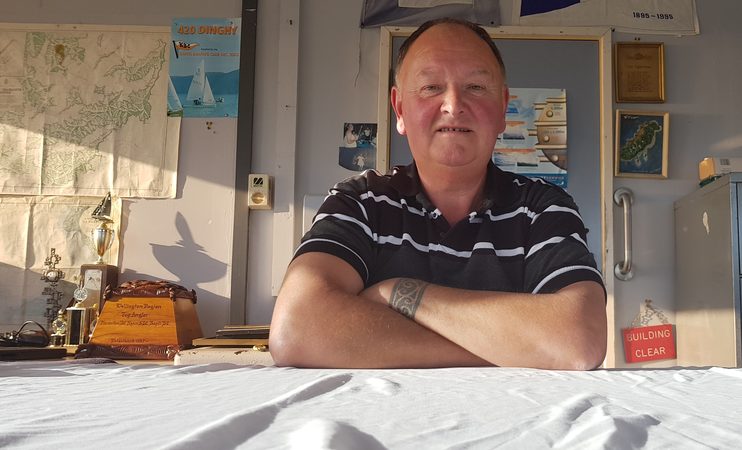 It says the companies are competing for tenders by forcing drivers to accept low pay rates and long work hours.

First Union secretary for transport Jared Abbott said a lot of drivers were working at least 70 hours, the maximum hours allowed per week.

"We see it a lot where people are pushed to break the logbook rules or to breach health and safety in some way.

"Their scared - rightfully so - for their livelihoods to test it and we see it a lot with quite reputable companies where people do test it, they get shafted."

Police figures show in the year to June 2018 2665 logbook or worktime offences were recorded and 6885 speeding tickets were issued.

Driver behaviour offences, including dangerous and reckless driving, were clocked at 3157. That figure doubled from five years ago.

Mr Abbott said a lot of that was to do with pressure on drivers to complete long runs in short times, often operating on minimal sleep.

He said the root cause of this had a lot to do with the contract the firm held and the promise to complete the job at a low price.

"It's competitive things by any company being able to come into the industry, undercut good paying companies by employing drivers willing to work for less whether they're less experienced or migrants which drives wages down in general and makes it harder for good employers to win contracts."

He said overloading, speeding and breaching the worktime rule were all serious road safety issues but they also had a commercial impact on the vast majority of operators who are compliant.

"They effectively subsidise the ones who cut the corners because they are winning contracts unfairly by taking shortcuts and that's unacceptable."

The Wellington driver said it was a good job, so long as you stood up for yourself.

"There's a lot of bullying going on in this particular industry and there's basically instances where dispatchers or managers are saying well if you don't like the job bugger off go somewhere else."

He said he did not bow to pressure to work long hours but knew many did not have that luxury.

"They don't want to cause a fuss, they think my job might be on the line and they can't afford to [lose it] because they've probably put themselves in a position, where they've got a mortgage and a family to provide for."

Mr Abbott said those least likely to speak out were owner-drivers a lot of who were migrants, who had bought a truck in order to ensure they'll would always be employed.

He said owner-driver contracts could be brutal.

"They'll have restrictions in their contract that means they can't work for any other company.

"You don't have to buy a job but if you're an owner-driver you almost have to buy your own contract you then have to have all the branding and the uniform.

"And just no protections under the Employment Relations Act at all, so if your remuneration drops below the minimum wage there's no avenue for you to be able to resolve that."

Mr Trask said having an industry standard that set a baseline remuneration depending on what class of licence is held would be a practical first step in making the industry fairer.

He said trucking used to be an industry workers were proud to be in, and it was an industry he enjoyed, but he saw the gaps and said until something changed he wouldn't recommend it to anyone.

"There's always gonna be those people who have a fascination with driving and just want to be a truckie and just get out there but we all go to work to earn a living and we have to make sure that we're earning a living and it's a fair and reasonable wage.

"At the moment I don't see it as fair and reasonable."