Work to restore road and rail access after the 2016 Kaikōura earthquake has won a coveted international engineering award. 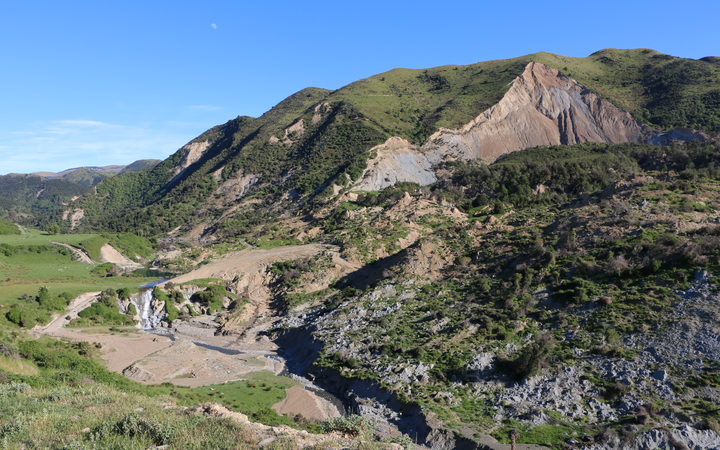 A road damaged in Kaikōura after the earthquake. Photo: RNZ / Maja Burry

It was the first time entrants outside of the United Kingdom could enter the Institution of Civil Engineers People's Choice Award in the organisation's 200-year history.

There were 194km of road left damaged, with 85 landslides and 1500 damaged sites across State Highway 1 alone.

It took two million man hours and 1700 people to move nearly one million cubic metres of rock and debris off State Highway 1 and rail line.

Mr Mutton said teams abseiled to remove boulders and poured concrete around the tides through winter to make it possible to open the road by Christmas 2017.

Meanwhile, an army of helicopter pilots drenched the cliffs using monsoon buckets, to move material in the first few months after the earthquake.

"It was a civil engineering triumph to get the transport networks re-opened by last Christmas, this award is recognition of all that effort," he said.

The project competed against nine other engineering feats.

This included Scotland's largest infrastructure project in a generation, The Forth Replacement Crossing- a 2.7km bridge linking Edinburgh with cities in the north.