A family's 40 year-long campaign to have the diary of a First World War veteran returned home has come to an end. 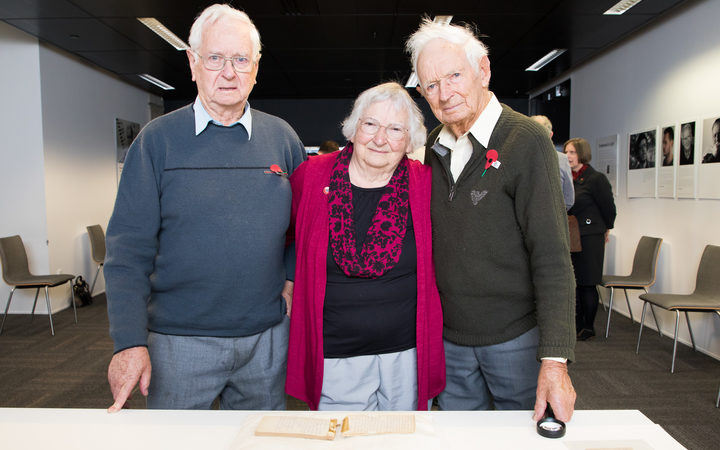 Hartley Valentine Palmer is among three Gallipoli veterans whose diaries returned to New Zealand this week.

It was an emotional day today for Mr Palmer's son, 91-year-old Noel Palmer.

For the first time in 44 years he can hold his father's war diary and read the original transcript of the day he arrived in Gallipoli on the 25 April, 1915.

"We landed on shore about 7pm, found that hundreds of wounded and dead were lying about, rifle fire and cannon was terrific," he read aloud.

"Several shells landed near the boat as we were landing. We took our position and dug trenches all night. The first and second company arrived before we did and lost our colonel."

Until a few days ago Mr Palmer's diary and those of veterans Cyril James Claridge and Clifford James Walsh sat at Leeds University Library in England.

Noel Palmer said the diary had given his family an insight into what daily life was like in Gallipoli.

"He doesn't describe a great deal of actually shooting people. His diary consists more of trying to get sleep, bad tucker, lots of work, and being in dangerous situations most of the time."

Fifteen diaries in total were taken from New Zealand by military historian Peter Liddle for a book when he visited the country in 1974.

Chief Historian for the Ministry for Culture and Heritage , Neil Atkinson, negotiated with Leeds University for over a year to retrieve them. 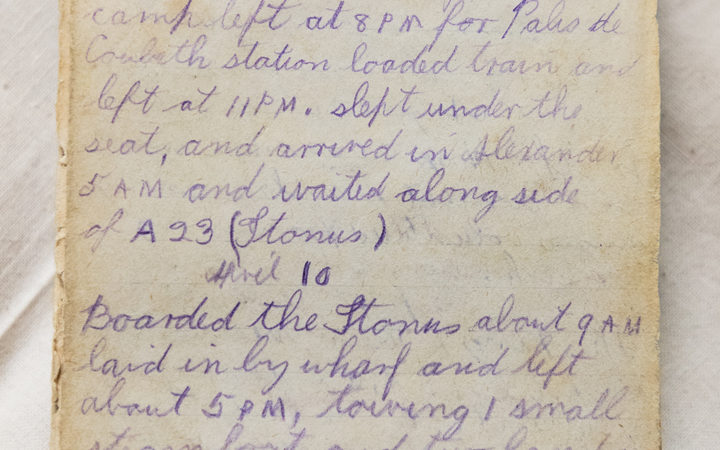 "The National Library and the Ministry for Culture and Heritage have been talking to Leeds University Library over the last 18 months to make sure we can digitise all of the New Zealand collection so it's available, but in some cases we were looking at whether the physical diary might be returned to New Zealand."

Mr Palmer was one of several veterans interviewed by the British historian before the diary was taken to England.

"He wanted to look at the dairy, so he said yeah take it away to read it, but my father didn't realise he was taking it to England to read it.

"So now we've finally got it back after that time. He carried that diary in the trenches and it's now for everybody to read."

Dr Stella Butler from Leeds University said during negotiations historians had to determine what the intentions of the veterans were when they handed their diaries over.

"We discussed and considered each of the cases and came to the conclusion that these three sets of materials should come back to New Zealand, and it's been a very happy occasion today."

Margaret Kearns said her father's diary was finally where it belonged.

"It's back to where it should be and it's lovely to think now New Zealanders can access and look at it. It should be here.

"We only wish we could've got more of the treasures that had been taken, but at least we got three originals and that's more than what we had before."

The diaries will be kept in the Alexander Turnbull Library.