A New Zealand Scrabble whizz has won his fourth world championship - playing the word "groutier" to win the title. 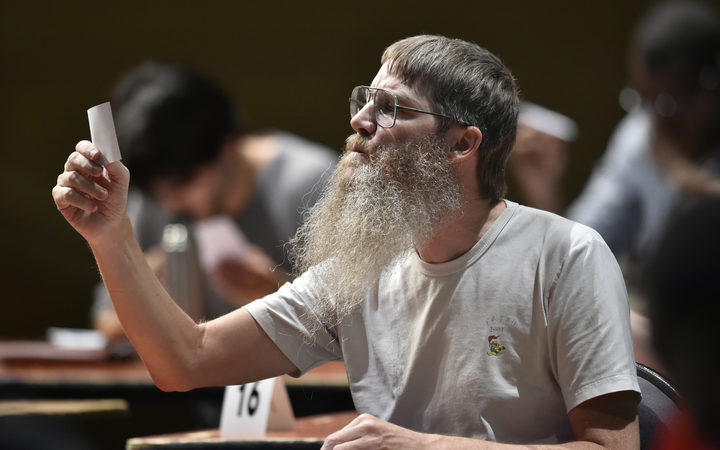 Nigel Richards competes in a category of the Francophone Scrabble World Championships in 2015. Photo: AFP

New Zealander Nigel Richards, 51, beat Californian Jesse Day in the final at the Westfield centre in west London on Sunday.

Crowds have gathered to watch Jesse Day and Nigel Richards in the final of the Scrabble World Championships at Westfield, London. pic.twitter.com/UNYDDDxNkQ

"It was a closely-fought championship and Jesse was a very impressive opponent," Mr Richards said.

Althought he does not speak a word of French, he also managed to win the French-language Scrabble world championship in 2015.

Mr Richards' other high-scoring words in the final included zonular, which means like a zone and earned 100 points, and phenolic, a synthetic resin, which earned 84 points.

His opponent scored 95 points with maledict, which means to utter a curse against, but Mr Richards won by 575 points to 452.

He also claimed victory in the French Scrabble championship in 2015.