Homecare support workers say they're being exploited, they're not getting paid correctly and their rosters are illegal, and they're calling on the government to hold employers to account.

When Etevise Ioane gets up at 6am on a Friday, she's preparing for a long day ahead.

The sunrise behind the back fence of her Papatoetoe home pulls a blinding light into her kitchen window as she opens up her curtains.

At 7:30am she'll head out into peak-hour traffic to visit her first client of the day and it will another be 13 hours later until she finally arrives home after her last client.

She's a homecare support worker and looks after clients in the Counties-Manukau district, an area which holds the country's largest Pacific population.

"I really enjoy it," said Etevise, "because it's like looking after my own parents or grandparents."

Before becoming a homecare support worker, Etevise had spent 30 years overseas working as a missionary nurse.

When she returned to New Zealand, she did not have enough money to register as a nurse, so she began her job as a support worker to save up for the registration fee.

It quickly became a career she loved. But after years in the industry she admitted the challenges have been stressful.

"A lot of hours have been cut or change of agreements to the guaranteed hours," she said

"I know that we're supposed to be paid extra hours on top of guaranteed hours if we work outside of our guaranteed hours. But sometimes that has not been the case. It's very stressful."

Like many across the sector, Etevise and her co-workers have had continued cuts to their working hours.

Workers from across four of the major providers in New Zealand have spoken to RNZ claiming exploitation, illegal rostering and wage theft is rife across the industry.

They're now calling on the government to hold employers to account, alleging that employment settlements that were supposed to help workers are not being properly implemented by employers.

A guaranteed hours settlement and an In-Between-Travel settlement were intended to help create a regularised workforce but workers say the system is failing them and the industry is in crisis.

Guaranteed hours came into effect in April last year and is supposed to provide fixed hours over selected days and times agreed to by a support worker and their employer.

It was supposed to help stabilise Etevise's income, but it hasn't.

"It impacts us a lot because our pay is changing up and down but we still have the same bills to pay," said Etevise.

Other workers across the country have echoed her claims.

"I haven't had an experience of having a wage that is the same all the time," said Julie*.

"It's been going up and down and I've had my guaranteed hours cut twice."

Sarah* said her income had also been extremely unstable, despite the settlement being introduced.

"I've been with my employer 12 months and only just in the past six weeks have I been offered guaranteed hours and those hours were only four."

Many of the workers who spoke to RNZ can't be identified because they're afraid of the repercussions speaking out might have on their careers and some are gagged by clauses in their employment contracts.

They said they had written to Health Minister David Clark, calling for a review.

Some have also filed personal grievance claims to the Ministry of Business, Innovation and Employment, with several groups of support workers preparing to file class action lawsuits against their employers. 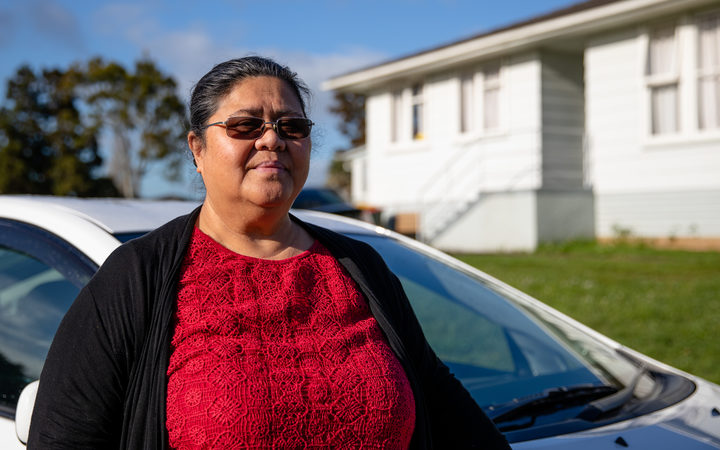 The cost of In-Between Travel

On top of unstable employment hours, workers say the current travel rates they receive under the In-Between-Travel settlement aren't enough.

It's a job that requires workers to use their own vehicles, because they often need them to service clients.

"We're encouraged to make sure we have insurance because we take clients to do their shopping and we take them out to other appointments," explained Etevise.

According to the settlement, workers receive a flat rate of $4.19 for any distance under 15 kilometres when they travel in between clients.

They do not receive anything for their first trip to their client and their final trip returning home.

Only if a client is more than 15 kilometres away, they'll receive an exceptional rate at the minimum wage of $16.50 an hour for their travel time and a mileage rate of 50 cents a kilometre.

So when Etevise travels one kilometre to her next client she receives $4.19. But if she travels 14kms, she'll still receive only the flat rate of $4.19

Many workers claim that the system forces them to pay out of their own pockets each week just to do their job.

"It's not enough. I, on a Wednesday do 54.2 kilometres, but I only get paid for 33.3 kilometres. So I'm subsidising 20.9 kilometres out of my own pocket. It doesn't make sense," said Christine*.

"I had one job that was done on my car at 32kms there and back. But they have this app that they use, which is not always accurate - and they calculated it as being just under 30kms. So they refused to pay that," said Rachel*.

"I did have a client and the cares I had to do for that client racked up 70kms and then they didn't pay me for it. It's really stressful," added Christine*

For Etevise, that mileage rate just was not enough.

"Well I just had my car serviced, I think I rang the AA 10 times within a month because I had a faulty battery. But I couldn't afford to buy a new one so it was very stressful for me," she explained.

"Everytime I go to start the car I pray that it goes."

Since the In-Between Travel rate was put in place, around the country the average price of petrol per litre has gone up 36 percent from $1.77 in October 2016 to $2.41.

"Sometimes it's a real struggle to go to work when they can't afford the petrol. It puts stress on all of us," said Etevise.

"A third of my wage would go to running my vehicle.They've been times where I haven't had any petrol in my car and I've had clients that I need to go and service and I don't know how I'm going to get to them. There have been times when that's happened," explained Sarah*.

"There have been times when I've been on the job and I've had to ring one of my fellow support workers to come and pick me up because I'm on the side of the road and I've run out of petrol. That's happened twice."

"It's not enough and we're all struggling and there's people leaving this profession - they are. They cannot afford to do this."

Since the travel rates were put in place in 2016, the government committed to reviewing them ever year.

But despite two reviews so far and rising fuel prices - they decided that no changes would be made.

Workers are also frustrated over being constantly underpaid and Jenny provided anonymous statements from workers who have had to constantly battle the providers they work for to be paid correctly.

"Why are people having to struggle and stress for so long about unpaid income?" said one worker

"What other industry gets away with breaking government legislation and acts?"

"The stress levels are pretty high," wrote another worker.

"We as support workers are not supposed to have a brain to work out that we've been short paid. We're always wrong where money's concerned. They know best and they're experts at short paying us."

"Thirty-two weeks straight, every single week I had to email them, follow up with phone calls and every single email I had to attach it to the union because they were just ignoring me and they were not paying what they had owed me," she said.

"And I had to eventually attention it to the CEO of that company. And only then did I get a response."

"Every week we're fighting for our pay. It never used to be like that," claimed Christine*.

"Look honestly, if you get a payslip that's accurate, you honestly are quite surprised," added Jenny in support.

In April last year, the government announced a $2 billion pay equity settlement for this industry.

Enliven was just one of many providers who were represented in those negotiations.

That settlement redressed past undervaluation of care and support work and was just one of the stepping stones towards creating regularised jobs for about 55,000 workers.

Andrea Mcloud is the general manager of Enliven, one of the sector's major providers, and she said many providers across the sector were grappling with the changes they've had to implement over the past three years.

If after a week of consultation they can't fill your hours, you would receive two weeks notice before your hours get reduced.

"So we enter into consultation period and we give two weeks notice. So during that time we pay their guaranteed hours, we work really hard to see if we can fill them but there are times when we can't do that," explained Ms Mcloud

"If within three weeks we can't then they might reduce. And sometimes they go up."

Ms Mcloud admitted that implementation was a challenge but despite that, claimed workers were being paid correctly.

But many of Enliven's workers said that was not true and a comparison of their payslips against the rosters they had worked over the past several months supported their statements.

Ms Mcloud described many providers as 'hurting' and some were considering whether or not they could continue with an industry that isn't sustainable.

E Tu spokesperson Kirsty McCully said the industry was at a critical point.

"I'd say we're getting to a critical level of frustration that is felt by home support workers across the country," she said

"We have daily instances about people reporting their frustration and talking about leaving the sector and the frustration level is extremely high."

It's a workforce that she said was dominated by women, a significant portion of which were Māori and Pacific, as well as increasing numbers of migrant workers.

Due to an aging population, government figures show the demand for workers in the industry is expected to increase by between 50 and 75 percent in the next eight years.

"We know that the government's intending to do work on the regularisation of the workforce but those steps need to be taken immediately," explained Ms Mcully

"Otherwise we're going to potentially lose a lot of well-trained highly skilled home support workers from the workforce at a time when we can't afford it."

Jenny said workers are desperate for the government to act and made her plea to the Prime Minister.

"It touches everybody, it's your parents, it's your brothers and sisters, it's your loved ones. It's my family, and me in my future.

"We need you to make sure this service works and works well."

* Some names have been changed.