Alosio Taimo, the Auckland rugby coach on trial for sexually abusing boys, has been found guilty of most of the 106 charges laid against him.

The 55-year-old has been on trial in the High Court at Auckland for nine weeks.

This morning, after 17 hours of deliberations the jury returned with their verdicts.

Taimo was found guilty of 95 of the charges against him and not guilty of 11 charges, including charges relating to one complainant.

He was originally charged with offending against one boy in August 2016.

The boy's aunt had overheard him telling his cousins that Taimo was gay and that he knew this because Taimo had touched him.

She went to police who investigated and identified more complainants.

The number of complainants grew again after Taimo's name suppression was lifted and his identity published in the media.

The 106 charges laid by the Crown spanned nearly 30 years, with the youngest complainant just nine-years-old at the time of the offending.

Justice Moore told the jurors it had been a long and harrowing trial that had taken two and a half months of their lives.

He said it had been a fraught and emotionally draining exercise and the community owed them a debt of gratitude for their service.

Crown prosecutor Jasper Rhodes had argued Taimo sexually abused boys at his job at McDonald's where he worked as a manager, at a school where he later worked as a teacher aide and in his own home and car, amongst others.

As well as hearing evidence given by complainants, the jury were shown a photograph of a boy sitting topless on Taimo's bed, stored in his cellphone called 'family and forever'.

The jury were also told about, but not shown, an explicit close-up photo of a young teenager performing a sex act on a man - also found on Mr Taimo's cellphone.

The face of the male can't be seen but the Crown told the jury they could infer it was Taimo - based on the fact the photo was on his phone, and that fabric seen in it was similar to distinctive bedding seen in police photographs of his home.

In cross-examining Taimo, Mr Rhodes put to him that he must be the unluckiest man in the world, if he was to be believed. 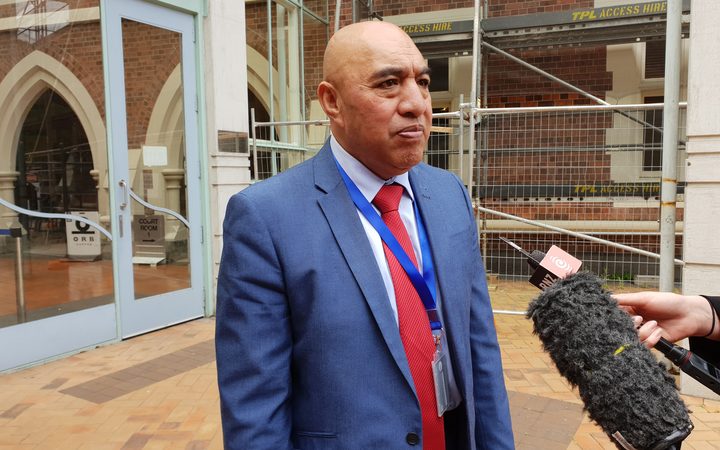 Taimo's defence was plainly put by Justice Moore in his summing up of the case.

"The issue here is whether each of the complainants told the truth in respect of the essential elements which make up each of the charges."

Taimo took the stand to defend the allegations in week six.

He was walked through his evidence by his lawyer Tua Saseve and his responses to the allegations of abuse were similar.

Speaking after the verdicts were delivered, Crown prosecutor Jasper Rhodes said it had been a complicated case.

"It was very, very complex. There were lots of moving parts, witnesses, complainants, people needing to be in the right place at the right time and a lot of evidence. I think we were up to 2,500 pages of notes. So there were lots of complicating factors."

Mr Rhodes said the Crown may ask the court for a sentence of preventive detention and expected a lengthy sentence.

"In terms of the actual sentence it would be high, probably unprecedented for this sort of thing."

He said he hoped the verdicts provided some peace to the complainants, who had each given evidence during the trial.

"I'm hopeful that for many of them it will bring some form of closure. They have been through a very long process and they've all turned up and done amazing jobs. I don't think anyone can feel happy about this sort of thing, it's not a win or anything like that, but I hope that they feel some sort of ability to move forward from this and that it does feel like a positive step in the road for them."

Taimo's defence lawyer Panama Le'au'anae said his client was disappointed with the verdicts.

"I think he's extremely upset by the verdicts but I suppose given the nature of the charges and the number of complainants it may not have been unexpected." 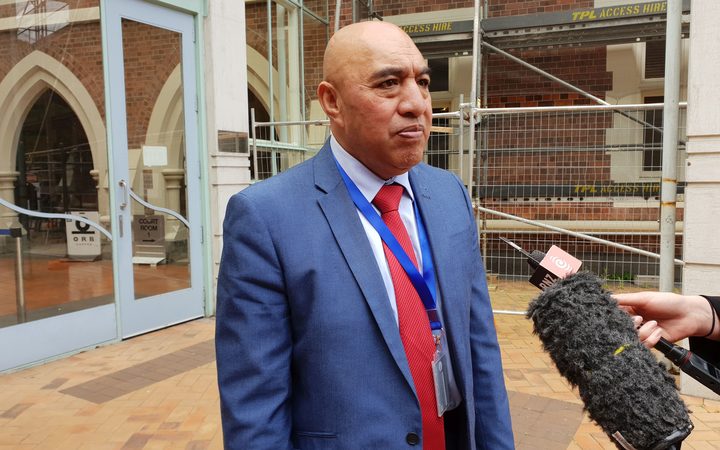 Taimo’s defence lawyer Panama Le’au’anae said the verdicts were not completely unexpected given the number of charges and complainants. Photo: RNZ / Jessie Chiang

"We've had a talk to him about that because he's going to be seen by two psychiatrists and a probation officer on the way to recovery. We've given him some advice so we'll see whether he takes it or not."

He said he was relieved the trial was over, and satisfied Taimo wasn't found guilty on all of the 106 charges.

"The fact that is wasn't 106-nil, I think we've got to be satisfied with that to some degree...having said that you've got to balance it up. There are a large number of young men and they've come to court so their lives have also been greatly affected. Mr Taimo was highly respected amongst the community but when you have this number of young men and relatives who have made their complaints one's got to look at these sorts of things objectively as well."

Taimo will be sentenced on 14 December.