A Tasman resident has set the record for the highest skydive in New Zealand. 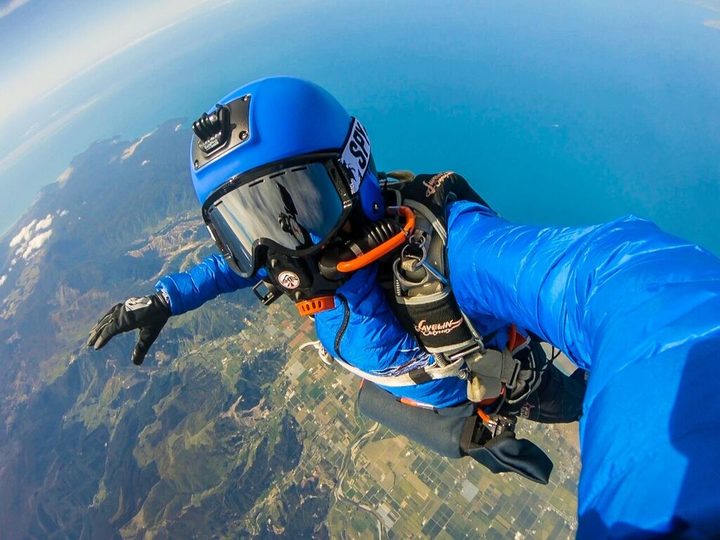 Wendy Smith had a freefall of 1 minute 50 seconds after exiting the plane. Photo: Supplied

Wendy Smith achieved the New Zealand record of 25,000 feet jump, before landing at Motueka Airport, as part of the inaugural Lift Off Abel Tasman Festival yesterday. 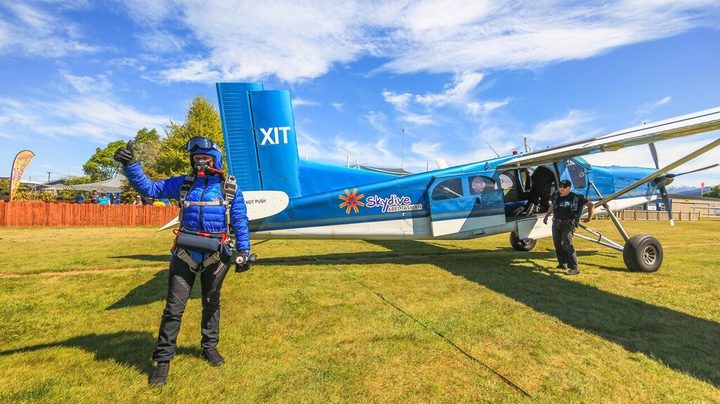 Ms Smith is no stranger to high altitude jumps, having completed 200 jumps at Mount Everest, and 21,000 jumps in total over her skydiving career.

She said the equipment is usually only privy to military personal going behind enemy lines.

"We have built a very, light, strong oxygen system for high altitude skydiving, that allows us to manoeuvre our bodies at that speed and in three-dimensional flight," she said. 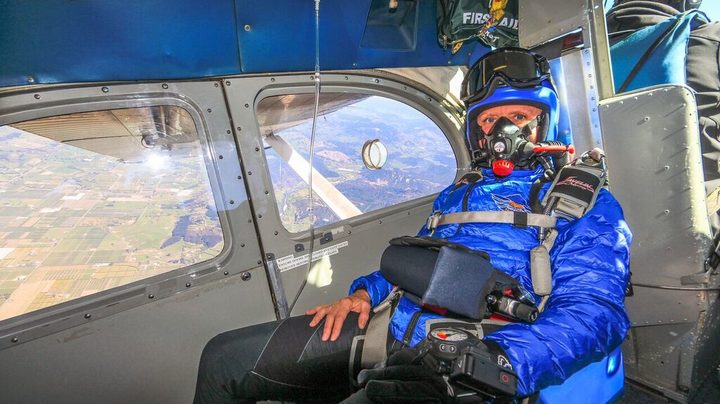 She hoped to bring more of this equipment to New Zealand in the future.

Her team will lodge the record with the World Air Sport Federation.

The highest commercial tandem jump allowed in New Zealand is from 19,000 feet.