The singing from nearby Pacific Island church services and houses elaborately adorned in the red and white colours of Tonga today belie the scenes of violence that occurred on Nikau Rd last night. 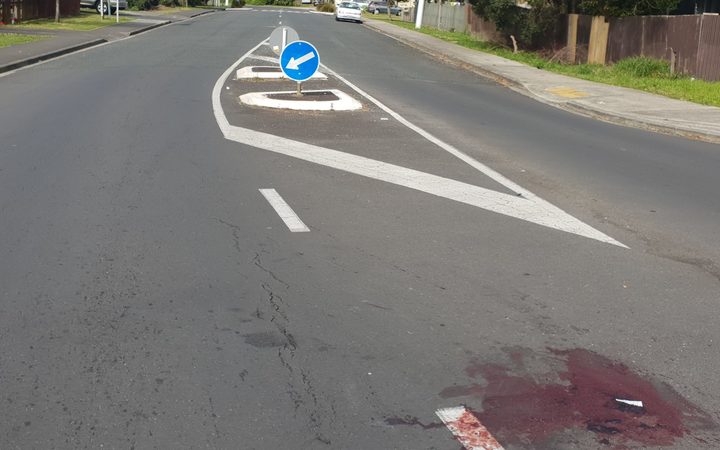 Dozens of people were involved in a violent brawl on the Otahuhu street after Tonga lost to Australia in the rugby league clash at Mount Smart Stadium.

Two people were seriously injured in the fight and 20 arrests were made throughout the night.

There was a large blood stain in the middle of the street where a person was badly beaten.

Locals told RNZ that dozens of people were involved in the fracas, which left two people with serious injuries.

One nearby resident, who didn't want to be identified, said he had just finished watching the game and went outside for a cigarette when he heard throngs of people at a nearby park.

"They were making noise and then they came on the road, and then started fighting."

He saw one person beaten up after he fell in the middle of the road.

"You can see the blood there."

Police said they made 20 arrests throughout the night with hundreds of people and cars out in the streets surrounding Mt Smart Stadium and in parts of south Auckland, and there were several other pockets of disorder.