A surfer who was bitten by a shark at Baylys Beach near Dargaville yesterday is in a stable condition. 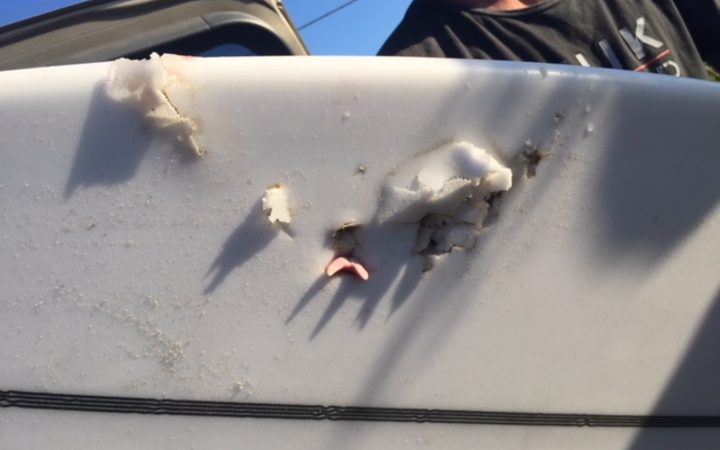 The man was bitten while on his surfboard (pictured). Photo: NZ Police

The 20-year-old man was bitten on the arm and the hand at about 6pm last night.

He paddled back to shore, where a beach-goer helped him to safety before he was flown to Whangārei Hospital.

One of the shark's teeth was left embedded in his surf board.

Rebecca Matich, who owns the local surf shop, said people seem to be intrigued by the attack rather than frightened.

"They can't remember the last time when someone was attacked by a shark at Baylys Beach and I haven't had anyone coming in and say there's sharks out at Baylys Beach so they're not going to be going in the water."