Jeffery the "bitey" rooster was threatened with the chop if he didn't win a prize at Ngaere School pet day.

Owners are keen on a rosette or ribbon at the Taranaki primary school's popular show day but the pressure on Zeth Blair's pekin rooster Jeffery was more intense than usual. 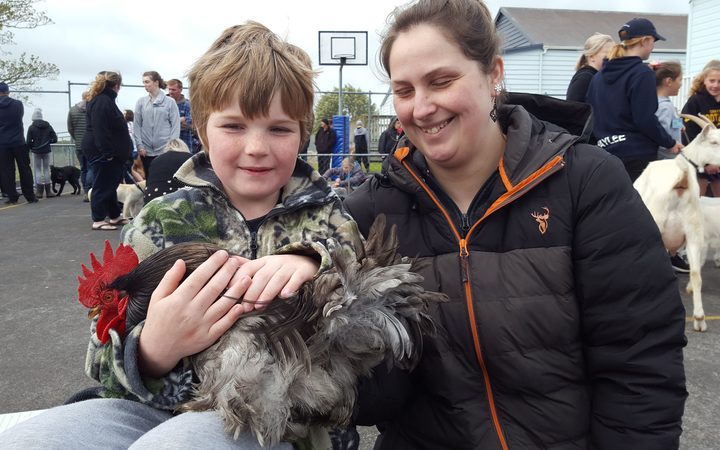 "Well he's a bit bitey and he's not that nice," Zeth said.

"If he wins, Mum might keep him for a little bit more. If he loses, he's getting his head chopped off."

About 40 lambs, and 50 pets ranging from dogs and cats through to goats, a parrot and even a pet rock were paraded in front of the judges this week. 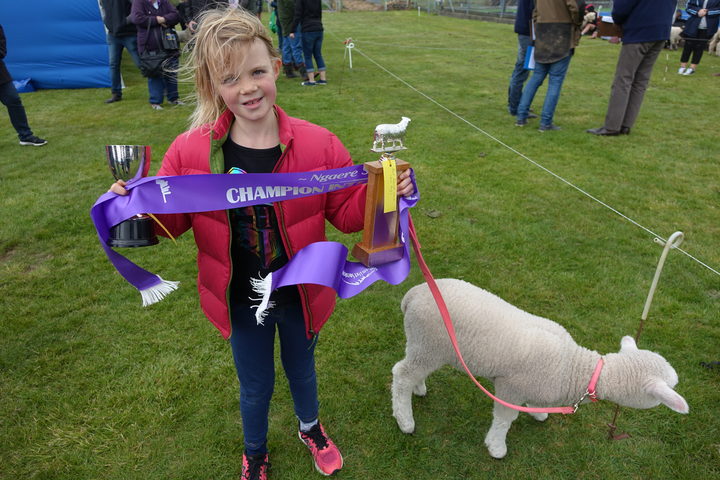 But as it turned out, Jeffery wasn't among the prize winners.

"He's a beautiful rooster and he used to have a lovely nature," Zeth's mother Raylee Blair said.

Recently though, with chicks hatching, his aggressive side had "kicked into overdrive" and he'd taken a dislike to anyone who stepped into the coop.

"He's hanging out with his hens - maybe he's a bit maternal - they all go through that stage where they get a bit aggressive."

But despite his failure to convince the school judges Jeffery was still crowing this morning.

"I can assure you he's fine," Raylee said.

"I can guarantee he still has his head."

She and Zeth like to hatch chicks over summer and she got Jeffery recently from a fellow breeder in Stratford.

And the threat of the chop?

"Out of the mouth of babes, eh. Jeffery did have a bit of a pep talk that morning about his behaviour, and being on good behaviour for pet day.

"I probably did give him some death threats over the last few months but I can assure you he's absolutely fine."

Pekins are "gorgeous", she said. "They come in all sorts of colours, they've got big poofy, fluffy, tails, they're stunning little birds. Very, very little, but they're cute." 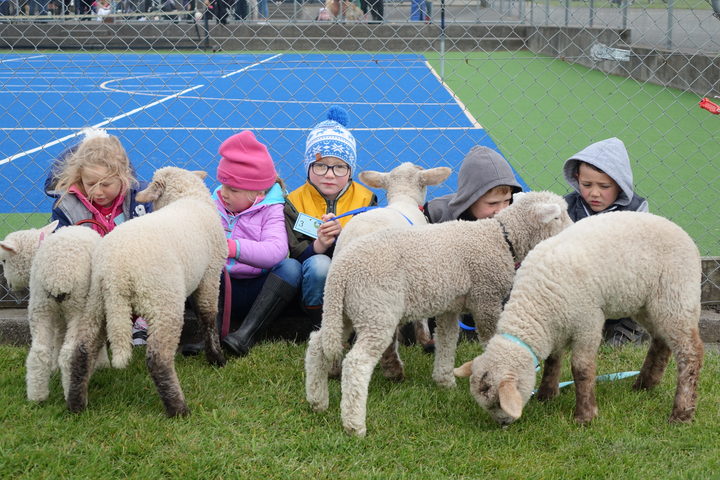