A chemical truck roll has shut State Highway 1 north of Wellington until late this afternoon. 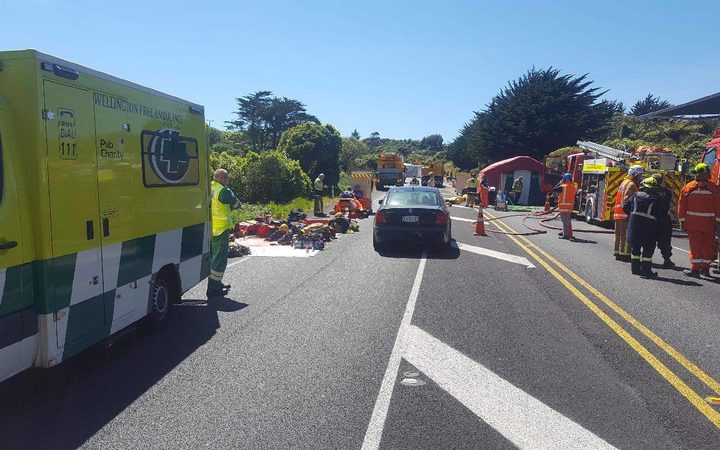 State Highway 2 was blocked at Remutaka Hill after two trucks became stuck on a corner and completely blocked the area shortly before midday, but this road had now re-opened.

Fire and Emergency spokesperson Nick Venter said the majority of the hazardous products were paint.

Mr Venter said cranes were now on-site and crews were waiting for the truck to be righted before they could begin to clean up. 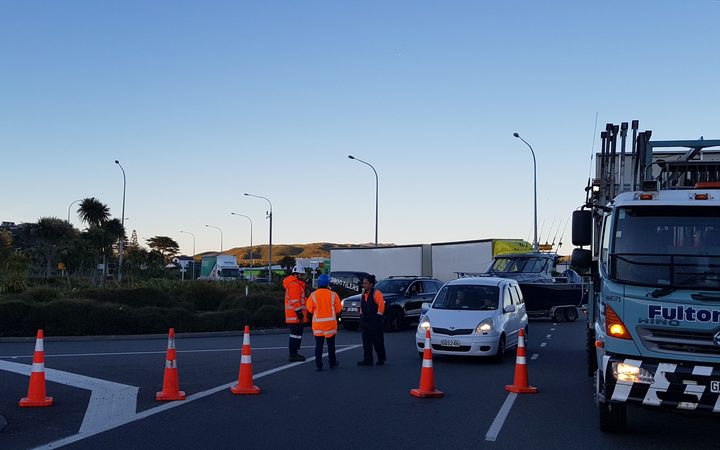 The cordon set up at the Plimmerton roundabout. Photo: RNZ / Emma Hatton

Fire and Emergency shift manager Belinda Beets said about 50 firefighters and support crew - including a hazmat unit - were at the scene, 500m north of Plimmerton.

The driver suffered minor injuries in the incident.

Light traffic was diverted over the Paekākāriki Hill Road and police said the highway would be closed until later today. 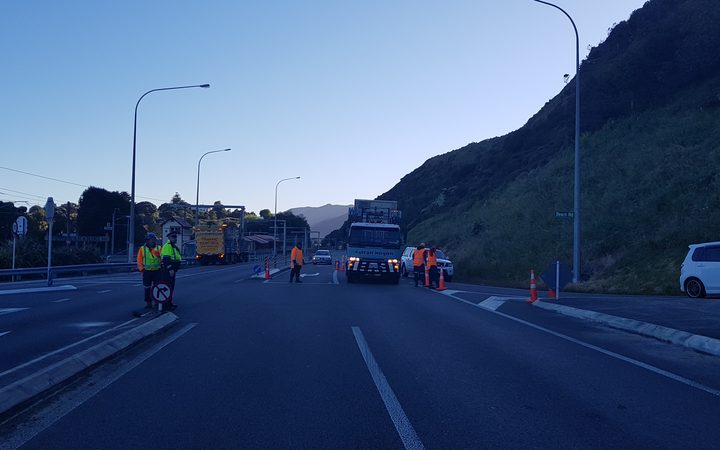 Traffic diversions are in place at Paekākāriki Hill Road where a truck with chemicals rolled over on State Highway 1 north of Wellington. Photo: RNZ / Emma Hatton

6:10AM UPDATE
The detour for the road closure on SH1 Pukerua Bay is via Paekākāriki Hill Road. Please be aware this road is suitable for light vehicles only. Please consider delaying your travel this morning. Our next update is due by 10am. ^EL
https://t.co/DVGHVa0eqI

Pukerua Bay resident Paul FitzGerald said the large truck and trailer was on its side, stretching across the road.

"The passenger door was sticking vertically in the air, so obviously the driver climbed out that way.

"There is no sign of anything spilled on the road, but there was slight chemical whiff in the air.

"Acetone and something else, which I couldn't recognise."

Mr FitzGerald said traffic was backed up already, with trucks down the hill towards the crash site.

"I didn't go too far south, but there was trucks again stopped heading north." 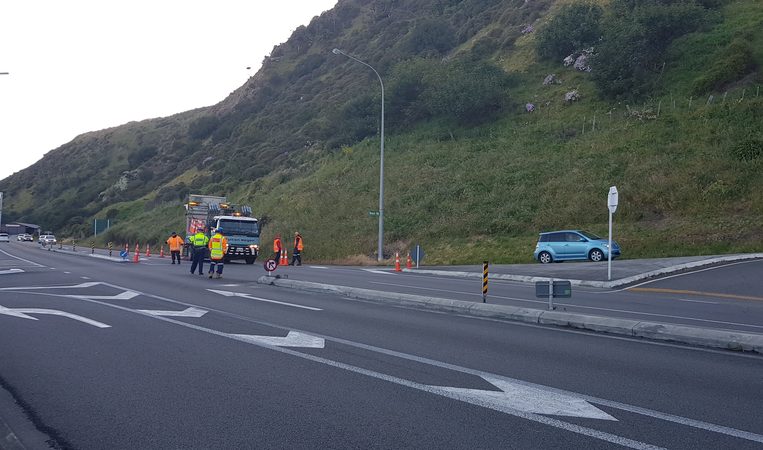 Traffic diversions are in place at Paekākāriki Hill Road where a truck with chemicals rolled over on State Highway 1 north of Wellington. Photo: RNZ / Emma Hatton