Wellington city councillors have unanimously voted to push ahead with a cycleway project in the southern suburbs, which will include a revamp of the Island Bay cycleway. 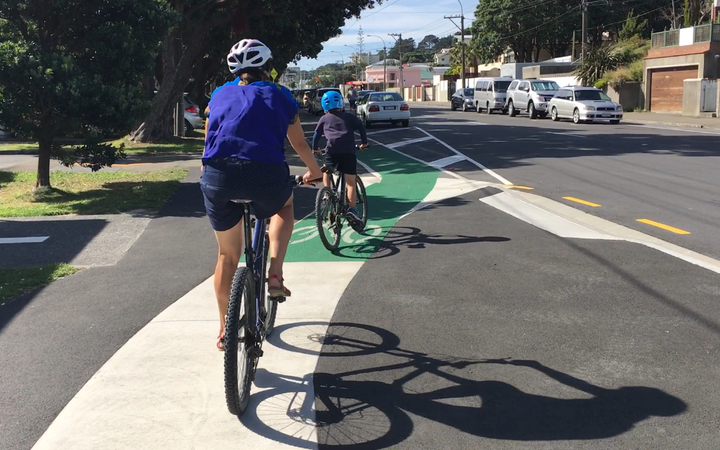 The Island Bay cycleway is in line for a revamp. Photo: Supplied / Google

Today at a council meeting councillors decided to go ahead and create a business case to submit to the Transport Agency.

The funding bid would be for $24 million for a cycleway to link the southern suburbs with the city, that would cost $32 million altogether.

About $10m of that would be spent on fixing the controversial 1.7km cycleway in Island Bay, which cost less than $2m to build.

Councillor Sarah Free, who held the cycling and walking portfolio, said it had been a long process finding a way forward.

It meant a solution that was approved in September last year could go ahead, despite it not being an easy, or cheap, option.

"I feel confident we have hit the nail on the head and this is the right approach for the time," she said.

Councillor Chris Calvi-Freeman said the Island Bay cycleway was a set back that had "bedevilled" the council for years.

Colleague Diane Calvert addressed the fact it meant the fix at Island Bay would be delayed, but said it was important to do right by Island Bay.

"We can't cut corners, we need to make sure the right amount of funding is there," she said.

Representatives of Cycle Aware Wellington who spoke during public participation at the meeting said while they were disappointed they would have to wait for the cycleway at Island Bay to be sorted out, they gave the council the 'thumbs up' for the direction it was taking.

Last Friday legal action was launched asking for a judicial review of the consultation process leading up to the decision to change the layout last September.

A council spokesperson said the council was not surprised the proceedings had been filed, and the council's lawyers would take a look at them.