Denis Adam, well-known as a generous patron of the arts, has died in hospital aged 94. 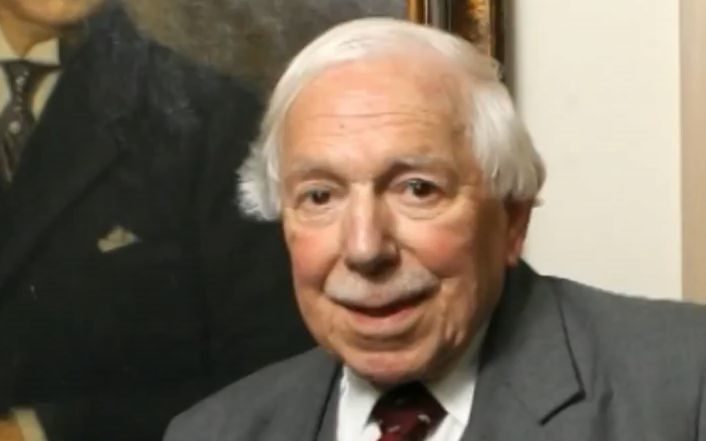 Mr Adam was born in Berlin in 1924 to German Jewish parents, but at the age of 10 was sent to boarding school in Scotland to escape Nazism.

His family subsequently left Germany and settled in England, where Mr Adam would go on to volunteer for the Royal Air Force as a fighter-bomber pilot under a New Zealand commanding officer.

In 1947, he emigrated to New Zealand where he began working in a raincoat factory.

He then went on to own a petrol station, before entering the insurance industry.

It was there he found his business niche and established Adam and Adam, which became a specialised insurance broking company.

He and his wife Verna, who survives him, believed it was important to encourage the arts and established the Adam Foundation in 1975.

It was initially created to consolidate their growing art collection but gradually extended to support the arts in general.

All its funds were donated by Mr and Mrs Adam with the aim of allowing young New Zealanders to find their way in the arts.

The Adams had a long association with Victoria University, gifting the Adam Concert Room, the Adam Foundation Prize in creative writing and the Adam Art Gallery.

In 2006, Mr and Mrs Adam were presented with the Arts Foundation of New Zealand's inaugural Award for Patronage.

As part of the award, the couple were given $20,000 to distribute to artists of their choice.

They responded by announcing they would double the fund and distribute the money to five artists.

Denis Adam was awarded the OBE in 1993 and was made Companion of the New Zealand Order of Merit in 2000.

In 2001, Victoria University made him an Honorary Doctor of Literature.

"The sector we know today would be quite different without their contributions.

"Many well-known institutions and awards bear their name, and more recently they donated to the planned Te Kōkī - the national centre of musical excellence, which will be based in Te Ngākau Civic Square."