Department of Conservation (DOC) staff were on board a helicopter that crashed near Wanaka this morning, leaving no survivors. 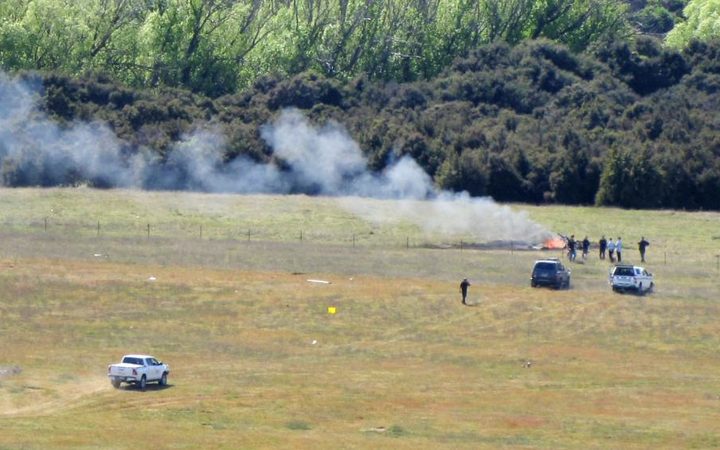 One of his older brothers, Matthew, died when his helicopter crashed into Lake Wanaka only three months ago.

Police have confirmed there were no survivors.

Meanwhile, the tahr operation has been put on hold.

Prime Minister Jacinda Arden has confirmed that Department of Conservation staff were onboard.

"There were DOC staff onboard who have lost their lives."

"I'm not able to give further details at this time but I did want to make sure that we were sharing our condolences on behalf of the government for those who have lost their lives."

"DOC staff go out everyday working on our behalf and for our environment, sometimes in really dangerous situations, and this is an absolute tragedy."

She said she knew how many staff were onboard but could not say yet.

"My understanding is we're still trying to reach family."

She said she knew what job they were out doing but would not say.

"I just want to be cautious around those details especially when we're trying to reach family and those who are directly affected by this incident."

DOC has since confirmed the staff on board were on their way to undertake tahr control in the Haast area when it crashed.

DOC's Director General, Lou Sanson, says he is devastated by the news.

He said the accident is a tragedy and will have a profound impact on DOC staff who are like a family.

A close friend of the pilot and chair of the local rescue helicopter trust, Jules Tapper, said he can't understand how the crash could have happened.

"The weather here is, a beautiful day here, there should be no weather related reason why the action had occured, so I'm at a loss to understand how such a catastrphe could have happened.

"All I can say is there's a lot of very concerned people here who would do anything to assist the family, but they can't bring back the lad."

A Fire and Emergency spokesperson said the crash occurred about 1.5km north of Wanaka Airport's aerodrome, between the Clutha River and State Highway 6, shortly before 11am.

A St John spokesperson said three ambulances and a rescue helicopter were called to the scene, but were stood down with no passengers transported.

A Transport Accident Investigation Commission (TAIC) spokesperson said the helicopter involved appeared to be a Hughes 500.

Conservation Minister Eugenie Sage wouldn't say what the DOC staff were tasked with doing, or how many were on board - but called the crash a tragedy.

"There were DOC staff on board and it's an absolute tragedy and my heart goes out to their families and their workmates," Ms Sage said.

Any further detail is a matter for the police, she said.

"The Department is cooperating obviously, working closesly with the police."

A TAIC investigation has been launched and a team is expected to arrive at the site this evening.