A man has appeared in Christchurch District Court charged with the murder of a 28-year-old man near Christchurch at the weekend. 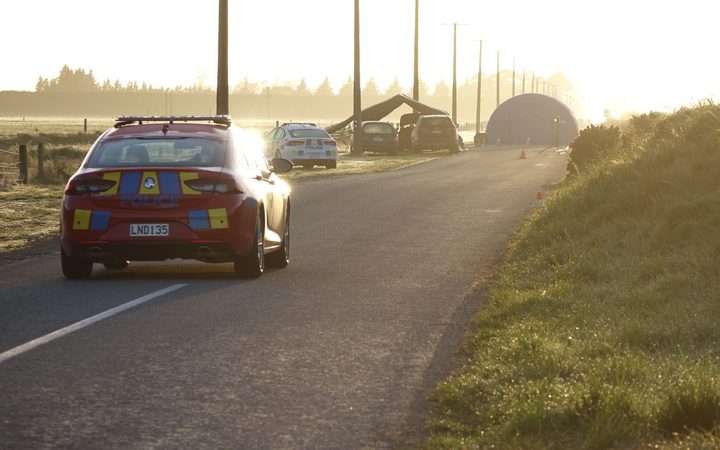 Police at the scene of the shooting (file). Photo: RNZ / Conan Young

Luke Riddell was killed on a country road near West Melton, outside Christchurch.

The 24-year-old man, who was granted interim name suppression, entered no plea and was remanded in custody for a fortnight until a second court appearance.

He also faces a firearms charge.

A 35-year-old man appeared in court on Wednesday charged with a number of firearms related offences and was remanded in custody.

Detective Inspector Corrie Parnell has thanked the public for their help in the investigation and has praised the work of the team that has been working on the case.

In his statement he said the scene examination at Telegraph Road would continue today.