Three trucks have been ordered off the road in Auckland for safety reasons, and the engineer who certified them has been suspended. 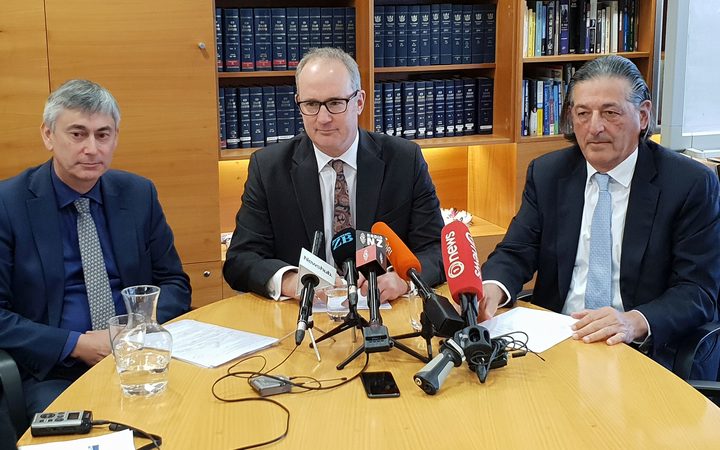 It's the third time a heavy vehicle certifier has been suspended in recent months by the Transport Agency over safety concerns.

Scores of files on big trucks are being looked at.

This comes at the same time as the government called out the agency for years of failure to enforce road safety regulations.

Transport Minister Phil Twyford said he was "extremely" disappointed in it.

Lawyers are now looking more closely at 850 vehicle inspectors and licence holders such as bus and truck companies.

The agency's chief executive Fergus Gammie said the suspension of the certifier in Auckland would not be the last.

"This follows an investigation of complaints made earlier this year...we anticipate this investigation will take two to four weeks," Mr Gammie said.

"There will be more suspensions occurring."

The agency would provide information about those other suspensions in due course, he said.

The first certifying engineer suspended, Peter Wastney of Nelson, quit the industry and almost 1500 of his certifications were revoked, causing big disruption to truckers in the top of the South Island.

Next, in mid-year, Wellington certifier Dick Joyce was suspended and a safety alert issued covering almost 500 vehicles he had either designed or inspected for recertifying to go back on the road.

Investigation began in June of the Auckland certifier.

The chair of the Transport Agency's board Michael Stiassny said that "sadly" files about operators who were breaking the safety rules had been sitting around untouched at the agency for years.

The agency is now recruiting more engineers to audit heavy vehicle certifiers, however, on the vehicle inspection side of things - Warrants of Fitness for cars, and Certificates of Fitness for trucks - there are doubts in the industry that there are anywhere near enough resources to clamp down.

Mr Twyford said the first job was to deal with the priority safety cases, then the review by Meredith Connell to figure out the true extent of the enforcement problem, then fixing it.