The first person on the scene of a fatal shooting on a rural Canterbury road has talked about efforts to revive the wounded man. 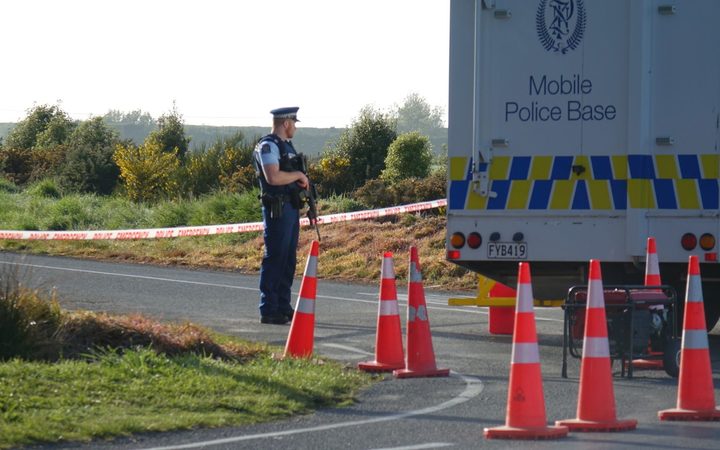 A police officer on Monday morning at a cordon near the scene of the fatal shooting in Charing Cross. Photo: RNZ / Conan Young

The police are continuing to search for the person who fatally wounded the 28-year-old man in the district of Charing Cross on Saturday.

A woman who has asked not to be identified said she heard a loud bang.

She initially thought a tyre had blown but then heard screaming from a woman believed to be the man's partner, who told her those responsible had left the scene.

The woman said there was a lot of blood and while the man was at first responsive, efforts to save him, including CPR, were unsuccessful.

"Things happen and you don't always know who is around you and what's going on. Our children catch the bus right there, so it's...a wee bit scary I suppose."

Police suspect gang members were involved in the shooting.

They say locals should expect a high police presence in the area for the next week.

A vehicle has been seized, but no arrests have so far been made.