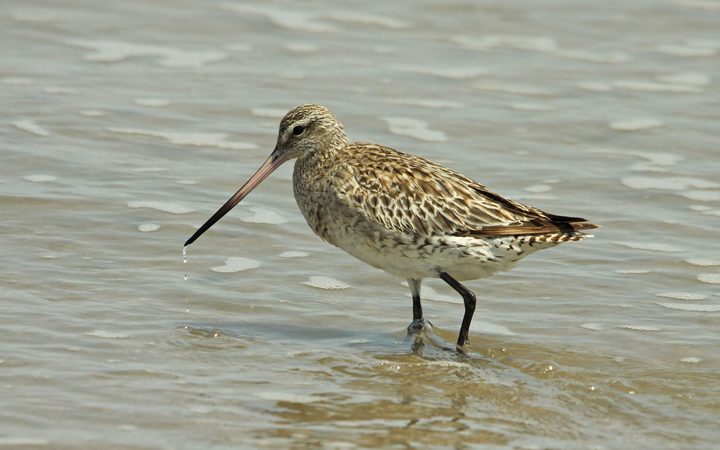 The Estuary is a safe haven for bar-tailed godwits (file photo) Photo: 123RF

The estuary has become part of the East Asian-Australasian Flyway network of wetland areas along the route of migrating water bird.

Every September, tens-of thousands of godwits make the trip from Alaska to Christchurch for the non-breeding season.

There are more than 100 other wetlands from 20 countries that make up the flyway network, which started in 2006.

"Its new status emphasises the need to protect this habitat as a safe haven for bar-tailed godwits, lesser knots/huahou, and other shorebirds such as the endemic South Island pied oystercatcher/torea," she said.

The recognition came at an important time for the godwit population, Ms Sage said.

Habitat loss in the Yellow Sea Region meant bar-tailed godwits were declining at a rate of 2 percent a year, she said.

"They need these special estuarine habitats to feed and sustain themselves ...open ocean is no good to them - they can't feed there," she added.

The Avon-Heathcote Ihutai Estuary is the third in the country to join the flyway network.

The other New Zealand areas in the network are the Firth of Thames in the North Island and Awarua Bay Estuary down South.