A fire that gutted a house in the Wellington suburb of Lyall Bay today has been brought under control. 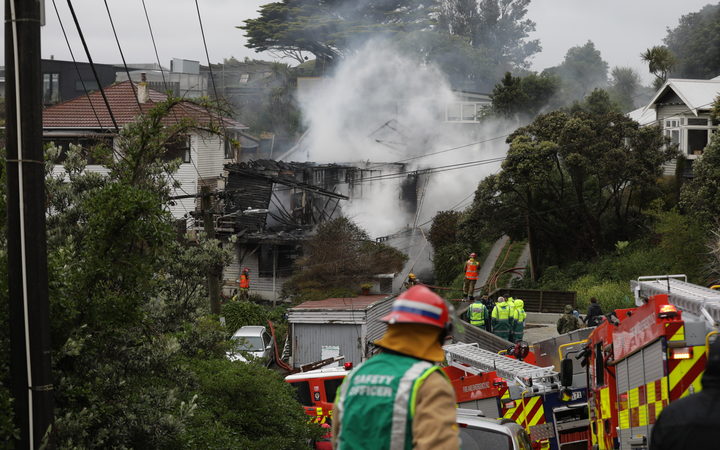 Neighbouring properties in Hungerford Road had to be evacuated while six fire appliances battled the blaze on the hillside opposite the airport.

A firefighter at the scene said it's not yet known what caused the fire. 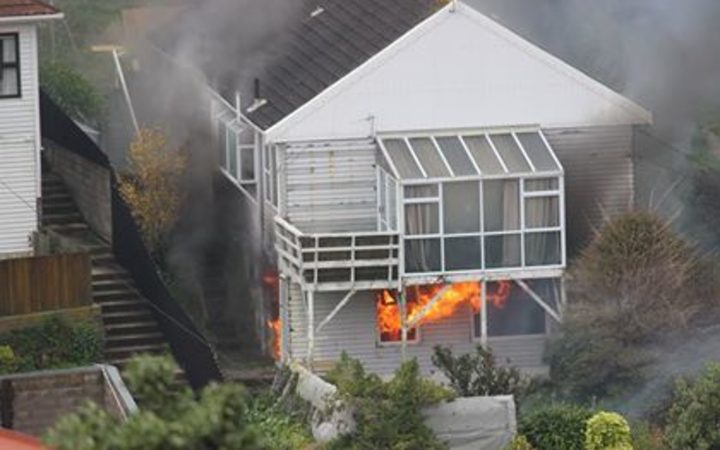 The one person who was home managed to escape the house by the time firefighters arrived, Assistant Area Commander Michael Dombroski said.

"The house was well involved in fire when we arrived and it was threatening neighbouring houses on both sides and to the rear, so we got to work protecting the neighbouring properties, which we've managed to do successfully, and then directed our efforts towards extinguising the fire in the house itself."

He said neighbours had been evacuated, but would be able to return home this afternoon.

Mr Dombroski said strong winds did make the fire spread more quickly, but did not hinder them as they put the fire out.

A few doors up Hungerford Rd Jennie Hargreaves and her son Robert watched the fire from their home.

They said they heard explosions as the house burned. 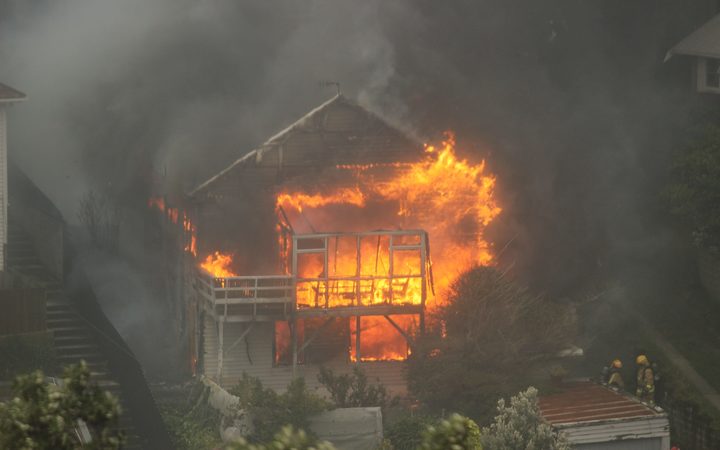 "The roof collapsed first ... and when the walls started going there was nothing they could do."

She said she was worried it was going to get in the bush that surrounds the homes up on the hill, but the fire service stopped that happening.

"It's very windy up here today, and it was very, very dark smoke."

Ms Hargreaves said the flames looked very intense, and it probably took about 15 minutes for the fire to destroy the house.

Another neighbour, Celeste Fontein, called the fire service when she noticed the fire.

"It was surreal to see it go up in flames," she said.