The embattled law firm Russell McVeagh has lost one of its partners, after an independent investigation upheld complaints about the man's drunken behaviour at a client function. 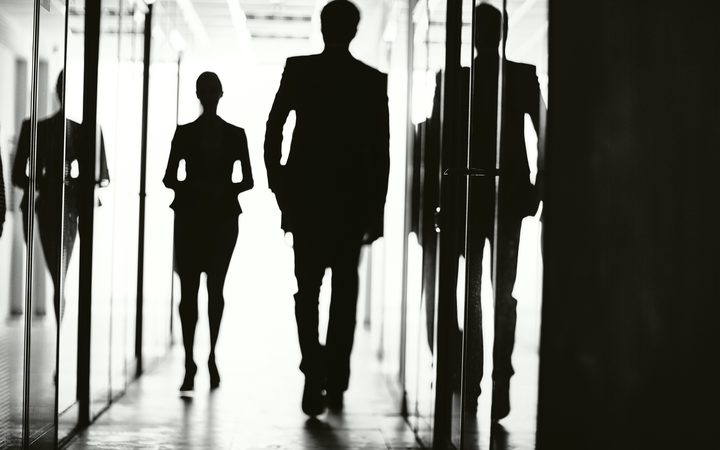 Yesterday the law firm's board chair Malcolm Crotty confirmed a partner - who wasn't named - had resigned.

The firm, which provides services to the government, has been in damage control because of serious allegations of sexual misconduct by senior lawyers in 2015 and 2016.

The partner was banned from the firm's offices during the investigation.

After the ruling the partner apologised and resigned, but he is still able to practice law.

"I know of many incidents where women have been brave, they've gone to the law firm and laid a complaint, and quite often these men will be moved on one way or another, they often go and practise at the bar," Ms Wensley said.

"These men will continue behaving the way they have been because there are no repercussions.

"They are acting like badly behaved children who are not facing discipline. They're going to keep going if there's no action taken and it's up to the regulator to actually take disciplinary action," Ms Wensley said.

But a Law Society spokesperson confirmed a meeting had been scheduled with Russell McVeagh at the firm's request.

It said from time to time, law firms meet with the society to discuss reporting a case of misconduct .

Steph Dyhrberg from the Wellington Women Lawyers' Association expected that meeting will be about whether a further complaint is laid.

"If there is a complaint or a notification the standards committee decides to investigate it and if there is a finding against that person of unacceptable behaviour or misconduct of course that calls into question their ability to practice.

"So, there could be consequences for this person beyond simply losing position of prestige status and lots of money being a partner at Russell McVeagh," Ms Dyhrberg said.

Russell McVeagh has chosen not to name the partner.

"No, I wouldn't be inclined to name him if I was the firm, it will however rapidly become apparent as it has in previous cases involving law firms and partners leaving," Ms Dyhrberg said.

Ms Dyhrberg said she hoped the resignation of the partner will mark a turning point for victims of bullying and harassment.