Government funding for an eye disease drug has decreased wait times and the cost of treatment, an eye specialist says.

Auckland businessman John Gilbert found out in his early 50s he had early onset macular degeneration.

Under the care of his eye specialist Dianne Sharp, Mr Gilbert started out on Avastin, a bowel cancer drug funded by district health boards and also used off-label for eyes.

When that proved less successful, he moved to Lucentis, which was not funded at the time for eye care, but has been since 2013, as a second-line treatment.

"I'd usually have an eye injection sort of six weeks apart and at that rate try and make it eight weeks apart, which is not necessarily doing you any good, but you just don't want to keep paying lots of money."

Mr Gilbert was on Lucentis for two or three years before a new drug came along, Eylea. He said he was probably one of the first patients in New Zealand to take it. 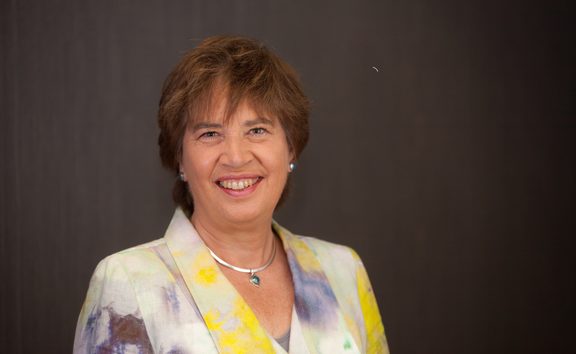 The price was about the same per injection but it was "meant to be a more advanced solution".

The maker of Eylea, Bayer, agreed to subsidise every second treatment, but it was still a major cost.

But Mr Gilbert was never in any doubt about the need, which he said is imperative, to keep his eyesight if at all possible.

"I'd like to be able to drive, I'd like to get out and walk along the beach and play a little bit of sport. So there's a whole lot of reasons why I'd like to keep my eyesight."

In June, drug-buyer Pharmac funded Eylea as a second-line treatment for use after the cancer drug Aventis, which has been used successfully around the world for years.

"But there are a group of people for whom it doesn't work who have sub-optimal response, or it [the eye] continues to leak and it continues to deteriorate and they may well respond to these newer drugs.

"It's really important to have good management of their disease, stabilise it and then be able to extend the time between their visits, and then we don't need to have so many visits. So for some people switching to Eylea is going to allow us to really do that."

Ministry of Health chief medical officer Andrew Simpson said the number of people nationally waiting had dropped from 10,000 last year to 2200 in most recent figures.

Pharmac chief executive Sarah Fitt would not disclose the cost of the new medicine but said it funded Eylea as part of a bundle with another medicine, a blood-thinner.

Ms Fitt said one of the advantages of the drug was the possibility that it could help with "some of the capacity issues".