A woman who was forced to have an abortion by Chinese family planners fled to New Zealand to avoid the same fate for her third child. 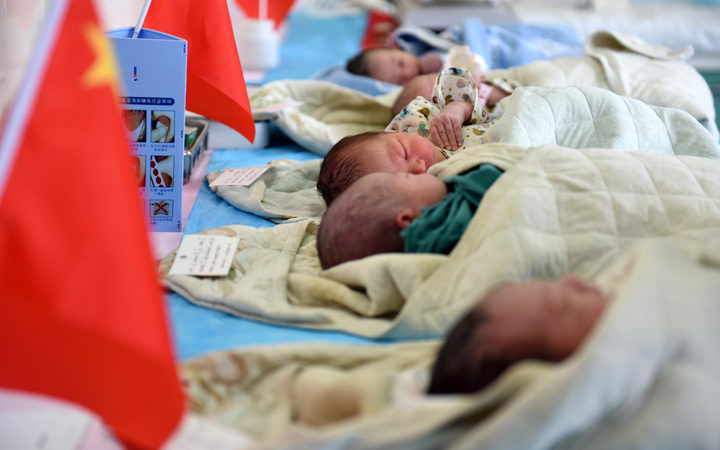 She was granted refugee status, and while her husband and three children originally faced being separated from her, they have all now been allowed to stay in the country.

They feared she would be sterilised and he would be detained because the family planning authority viewed them as troublesome for breaching the one-child policy.

The controversial policy was introduced in China in 1979, to slow the population growth rate.

Couples who violated the one-child policy faced a variety of punishments, from fines and the loss of employment to forced abortions.

In 2015, China officially ended its one-child policy, signing into law a bill allowing all married couples to have a second child.

The woman underwent a forced abortion in 2015 and suffered a miscarriage later that same year.

The man said his wife would feel compelled to return to China if her family was sent back.

He would then face being detained to put pressure on his wife, a Jehovah's Witness, to have an abortion if they had another child, he said.

He posted a social media comment about interference in citizens' private lives after the birth of their second child in 2014.

That came to the attention of police, who summonsed him and held him overnight.

He was detained on two further occasions when his wife refused to have an abortion when she fell pregnant again, and he refused to persuade her to have one.

Her husband was summonsed by police again when he made another critical comment on social media.

The family fled China and applied for asylum in New Zealand when she became pregnant with their third child.

She was granted asylum - but not her husband, who appealed his case.

The Immigration and Protection Tribunal ruled the father would continue to face harassment for breaching China's one-child policy if he was deported and was a refugee.

It ruled the children were not refugees, because threats made about their education, vaccination and family registration would not be carried out "once their parents have succumbed to the pressure to undergo forced sterilisation of the mother".

"They are known to have used unlawful means to have their second child registered and have fled abroad rather than submit to the will of the head of the local authority for the wife to have a contraceptive device fitted or be sterilised."

Immigration New Zealand said all the family were now lawfully in the country, and added it could not comment further on the case.

- with additional reporting by BBC