Emergency services are responding to a large fertiliser factory fire in the Christchurch suburb of Hornby. 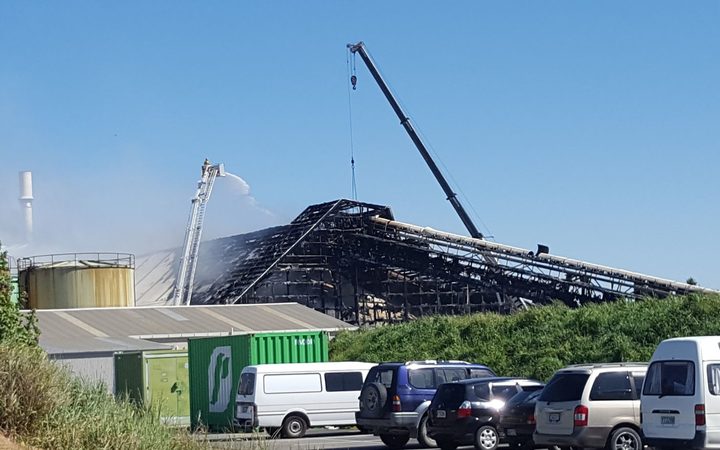 The fertiliser factory was severely damaged in the blaze. Photo: RNZ / Dan Dalgety

Smoke from the fire at the Ravensdown Fertiliser factory, which was reported at 10.15am, could be seen across Christchurch, from the Port Hills to the airport.

Ravensdown has confirmed the fire was at its intake at the Hornby factory and that there were no reports of any injuries.

A Fire Service spokesperson said eight trucks battled the blaze, which by early afternoon was almost out.

A spokesperson for Ravensdown said all staff were accounted for.

Canterbury Medical Officer of Health Cheryl Brunton said the smoke should be avoided if possible.

Dr Brunton said people who live nearby or downwind of the smoke plume should stay indoors, close windows and avoid using air conditioning or ventilation.

Fire and Emergency assistant area commander Steve Kennedy said the blaze spread through a conveyor belt, which is why there was a lot of black smoke, but it was not toxic.

Mr Kennedy said construction work was being carried out at the factory, but an investigation will reveal more.

Ravensdown chief executive Greg Campbell said the smoke looked worse than it was.

"It does look quite dramatic," he said. "It's a fibreglass roofing so it looks like quite a black smoke but the authorities are just keeping people away from the site at the moment and managing it that way."

A Transport Agency spokesperson said the fire was causing traffic disruptions in Hornby.

Police have urged the public to avoid the area. 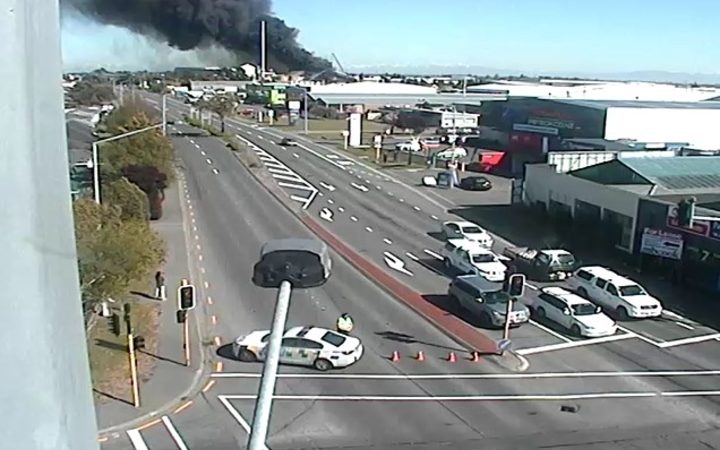 The fire at a fertiliser factory in Christchurch has forced the closure of some roads in the area. Photo: Supplied / Christchurch Council

Looks like the Ravensdown fertiliser factory might be on fire @tweetinAmbz send me this video from our bedroom window. pic.twitter.com/e3P53KtTJB