Documents released by the Wellington City Council show the lengths the council went to get a movie museum built in its planned convention centre. 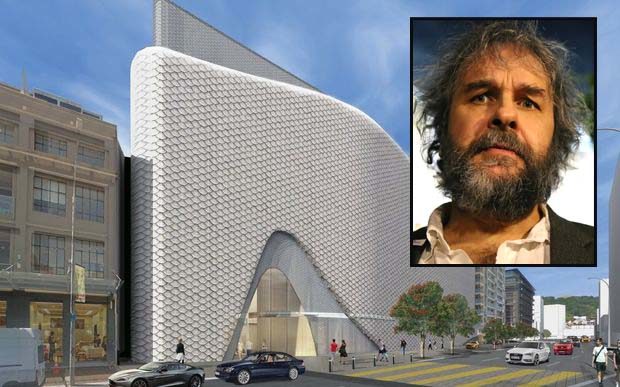 In August it was announced Sir Peter Jackson and the team behind the museum were walking away from the project.

It was first announced in 2015 to much fanfare, and then-deputy mayor Justin Lester said it would put Wellington on the map.

However, documents released under the Official Information Act show disagreement between what part of the building and its fit-out the council should pay for, and which was the responsibility of the planned movie museum.

The emails also show that the council tried several times to get Sir Peter and the team to commit the project in the middle of this year.

In June Mr Lavery sent out an updated proposal, asking the movie museum to confirm the new approach by the end of that month.

"This date is important to us, as it will enable us to retain our design team and contractors," he wrote.

However a staff member of Wingnut films emailed Mr Lavery and mayor Justin Lester, asking for the timeframe to be extended until the end of July.

"As you'll appreciate, there is a lot to work through and unfortunately this is also at a time when we are in the middle of Post Production on two feature films."

Mr Lavery responded that this would leave the council in a difficult position.

"We were hoping to make a go/no decision this month so we could retain our design team and contractor pricing. This is obviously now at significant risk," it read.

Mr Lavery and Mr Lester wrote to those behind the movie museum again in August, asking for a firm commitment, and confirmation a plan put together in June worked for them.

It also contained an ultimatum.

"In the event that this proves too difficult to do and we decide jointly to discontinue the project, then we would want to manage this outcome proactively with you.

"If this happened we would switch our efforts to delivering a standalone convention centre. We have done some preliminary work on this option as a contingency."

The letter went on to offer some space for an exhibition showcasing Sir Peter and his friends' work.

Soon after came the announcement that the two parties would go their separate ways, leaving the council to build a convention centre on its own.

Mr Lester said everyone involved had done all they could to get the project off the ground.

He said it was a complex and expensive project, and it did in some way come down to timing, with the council needing to get on with the project.

"We had construction partners lined up, we couldn't wait forever."

Mr Lester said he was confident the movie museum would be built in Wellington, when the time was right.

Sir Peter Jackson and his team had been excellent to work with, he said.