Authorities are looking for a duck that was badly burned during a controlled burnoff of weeds at Henley Lake in Masterton yesterday. 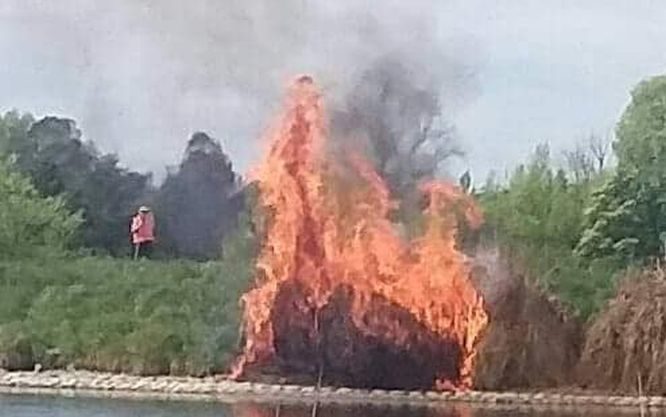 The duck was burned during a controlled burnoff of weeds. Photo: Supplied

A man took photographs of the injured duck coming out of the fire, but it has since disappeared.

Masterton District Council said the fire service was notified prior to the burnoff, which was carried out by the Henley Trust.

"MDC has been assured that the person carrying out the controlled burn had investigated the area thoroughly for any birdlife before starting the burn," the council said in a statement on Facebook this morning.

"We have also been assured that they remained on the island for duration of the burn to ensure it remained under control." 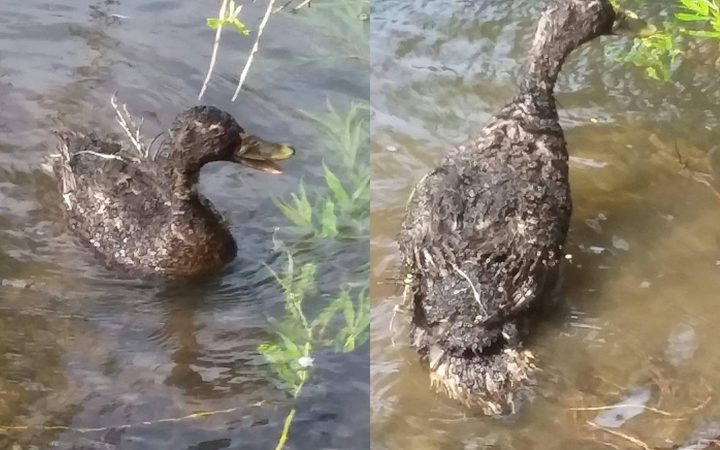 A search for the duck has begun.

"Staff will be at Henley Lake again today to try and locate the duck," the council said.

"We have been speaking with the SPCA about the appropriate handling of the duck. Should it be located, vet care will be undertaken and it will be taken to a suitable home.

"We are asking any members of the public to please call 06 370 6300 if they come across any injured wildlife at Henley Lake, with exact details of the location.

"This is a deeply regretful incident as it appears a duck has been unintentionally harmed during this weed control exercise carried out by a well-meaning community group."

The council said it would review the incident, including how the group could be better supported to carry out the burnoff.