Compressed New Zealand Air is being sold for nearly $100 at Auckland's airport.

I tell ya, I’ve got a nose for news: Fresh air from New Zealand goes on sale at a duty free shop for $100 https://t.co/oq7IBtfeER via @MailOnline

A picture of the Kiwiana company's "pure fresh New Zealand Air" selling for $98.99 for a four-pack was posted on Twitter.

While sales staff for Aelia duty free initially denied the air was being sold there, Airport staff checked the store and confirmed it was. 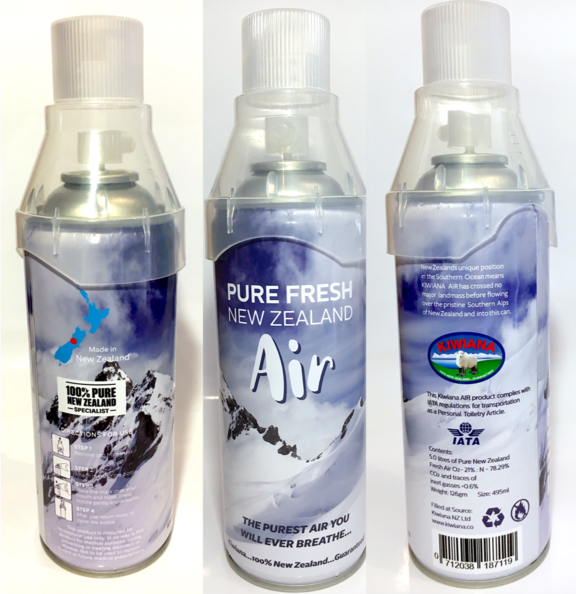 The Kiwiana website claims the air is "harvested above the snow line hundreds of kilometres from civilisation", in an area somewhere near Hokitika.

It advertises the product, which is available from the website for just $29.50, as "the purest air you will ever breath" (sic).

Efforts were made to reach Kiwiana, but they did not respond.