The taxi-driver who was shot in Wellington last year has been living in fear and unable to start afresh in a different city. 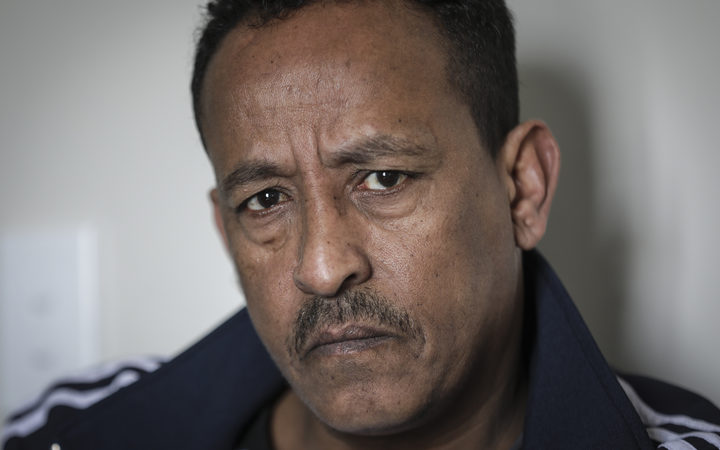 Dylan Nuku, who admitted shooting Alem Tesema, is due to be sentenced in the High Court in Wellington this morning.

Mr Tesema was shot in the shoulder by the 26-year-old in November last year, after he dropped Nuku and a woman off at an address in Mirimar.

He said he hasn't been able to return to taxi driving, or find employment since the attack, making him unable to send money back to Ethiopia to look after his elderly mother.

"So the people who did all those things, it's not just me they complicated life, but back home, my family," he said.

Left with a weak arm, unable to find a replacement job, and not wanting to stay in a city, which left him feeling unsafe, Mr Tesema applied for social housing to be relocated.

"I'm not asking for a clean house, I'm just asking for my own safety, that's why I apply for the house," he said

But once again he hit a brick wall, stuck on a waiting list.

He had no idea when or if he will be able to move.

"Sometimes I think I'm just a hopeless person, because I've been waiting so long," he said.

A spokesperson for the Ethiopian community, Nigussie Fenja, said they'd gone to their local MP and even to Alem's psychologist to help his application, who recommended he be relocated to recover.

"People need to know to get on with their life, not to live in hope for how many years.

"It's not fair, we feel the system is done working for the people. It might work for the government, but it is killing people," he said.

Despite everything Mr Tesema had gone through he wanted Dylan Nuku to turn his life around.

"He's young, he should go to uni, rather than do these kind of things, no alcohol or drugs, they should have a degree time, that's all I have to say to him, nothing else," he said.

Now Alem just wants to be able to make a fresh start for himself as well, but he needs a new home to make that happen.