The Environmental Protection Authority is considering an application to import and release a parasitoid wasp to control a beetle that damages eucalyptus trees. 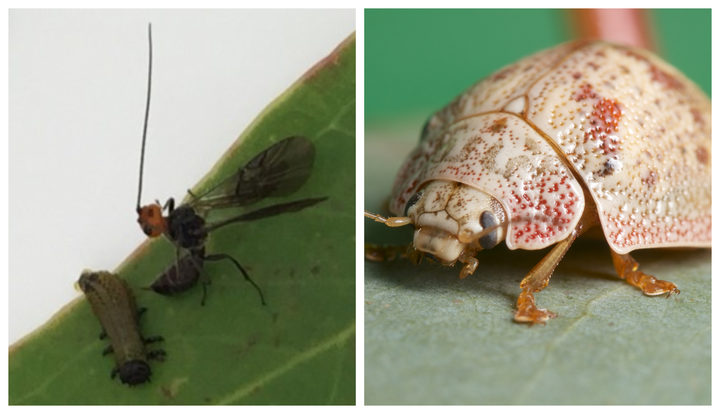 The application comes from Scion, the Crown Research Institute, which works for the forestry and timber industries.

The target of the Eadya daenerys wasp would be the Australian eucalyptus tortoise beetle, which feeds voraciously on young eucalyptus leaves, stunting tree growth.

In its application, Scion said the beetle costs the forest industry $1-2.6 million a year in chemical control costs.

It estimated that effective biocontrol could prevent $7.2 million dollars in annual losses caused by impaired tree growth and yield attributable to the eucalyptus tortoise beetle.

Eucalyptus trees are grown in New Zealand as a source of products such as woodchips for paper and cardboard manufacture, lumber.

Farm foresters and owners of moderately-sized eucalyptus plantations cannot afford aerial spraying, so biocontrol is their only realistic option to combat damage done by the beetle, Scion noted.

The wasp would attack the beetle by stinging it's larve and then and laying an egg inside them.

If a larva was attacked just once by the parasitoid wasp, survival drops to just 10 percent, Scion said.

The Environmental Protection Authority said the wasp was harmless to humans and Scion's laboratory tests suggest the risks to non-target related native and beneficial beetles appears to be very low.

Public submissions on the application close on Wednesday, 14 November.