Will the tūī beat the pūkeko, or will the kea take out the top prize again? 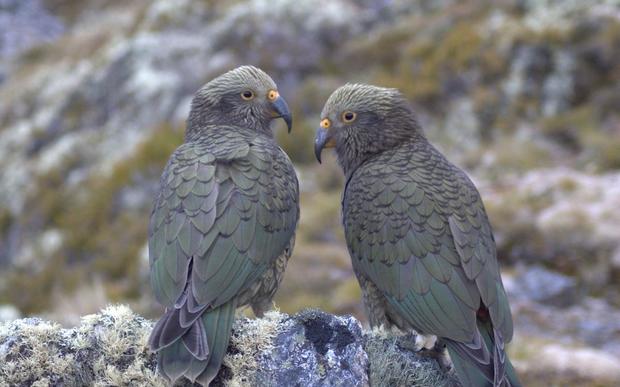 The kea is always a popular choice. Photo: supplied

It is that time when the public is asked to vote in the annual Bird of the Year contest.

Organiser Forest and Bird spokesperson Megan Hubscher expected some fierce competition as bird lovers tried to get their favourite to the top spot.

"Shots have already been fired between the takahē and pūkeko teams, while team kakī has set the standard with some very creative memes," she said.

But behind the fun of the competition, Ms Hubscher said there was a serious message.

"Eighty percent of our native birds are threatened with extinction."

"Introduced predators, habitat loss, and climate change are all major threats, but the good news is, we can act to help to turn things around," she said.

Last year's winner, the kea, was on the list again. Previous winners included the fairy tern and mōhua.

Voting started at 9am today and will end at 5pm on Sunday 14 October.

The winner will be announced on Monday 15 October.