Police say a gun was pointed at officers from a car they were chasing in the Napier suburb of Maraenui this morning.

Police chased a Mitsubishi Diamante sedan at around 8.15am after it failed to stop on Wycliffe Street.

During the chase, a passenger in the back seat leaned out of the window and aimed the gun at the officers.

No shots were fired.

The police later found the car at a house on Kelvin Road and a 24-year-old man was arrested and charged with breaching bail.

He will appear in Napier District Court on Monday.

"The community will see an increase in armed Police over today and possibly the remainder of the weekend.

"This is paramount for staff safety and assists our ability to respond to incidents such as these."

Police are urging people to call Crimestoppers on 0800 555 111 if they saw the Mitsubishi Diamante or its occupants in the Napier area between 7am and midday today. 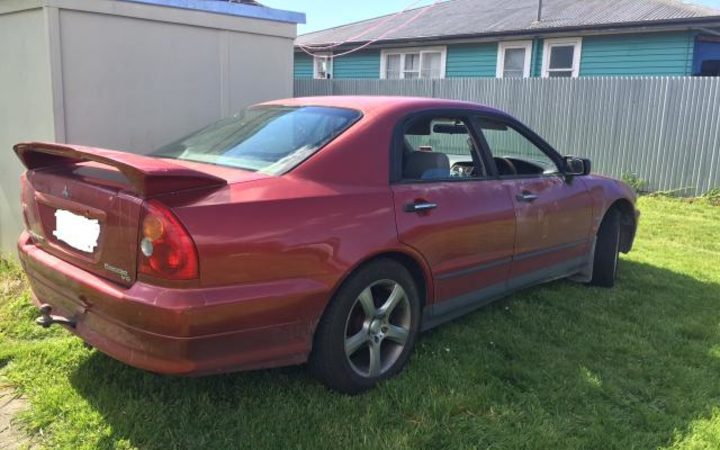 A passenger of this Mitsubishi Diamante allegedly pointed a firearm at police during a pursuit this morning. Photo: Supplied.