New Zealand researchers are hoping to find out if kumara could promote healthy bacteria in an infant's gut. 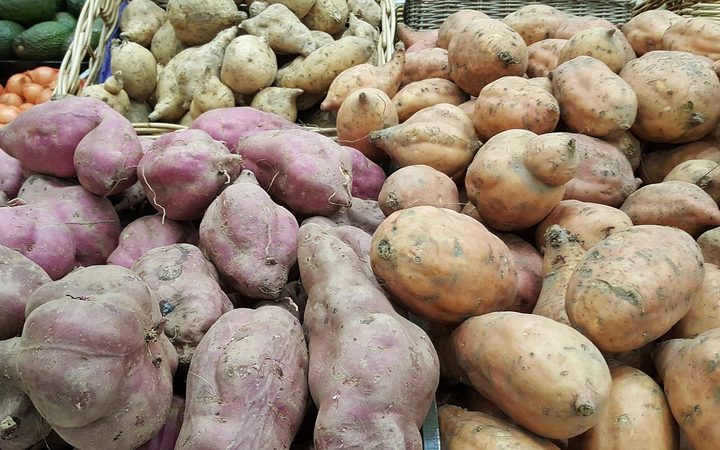 Infant health programme principal investigator Clare Wall said when infants were introduced to solid food for the first time, they underwent a transformation of their microbiome, or gut bacteria.

Kumara is just one of the foods identified through the research, which looked at 13,000 scientific publications and identified more than 1,600 papers related to infant gut microbiome and immunity.

The team from the University of Auckland, AgResearch, Riddet Institute and Malaghan Institute worked alongside IT researchers in Italy to come up with a more targeted approach for identifying foods that may help increase babies' developing gut microbiome.

Dr Hall said this enabled the team to whittle down the foods healthy bacteria live on that were appropriate for infants to eat at about six months of age.

This method is different to previous approaches.

"In the past, what people have tended to do is feed foods or look at the diets of infants and what we call feed and bleed them - take blood or stool samples and look at the microbiota in the stool or health outcomes using blood analysis, so we've taken a slightly different approach than feed them and see what happens," she said.

Other foods, such as broccoli, have also been identified as potential prebiotic foods, but the clinical trials taking place currently are just focusing on kumara.

"We've already involved 40 babies into our proof of concept study, and then next year when we get the results from that study, we'll move onto the next phase, conducting a larger randomised control trial."

They are hoping to prove what babies eat in their first year can affect their microbiome and immune health.

The research findings could eventually be used in the marketing of New Zealand produce, which had confirmed prebiotic qualities, Dr Wall said.