by Rob Kidd of the Otago Daily Times

With two squirts of hand-sanitiser into a drink bottle, a salesman almost killed his Dunedin colleague in what he called a "prank" gone wrong. 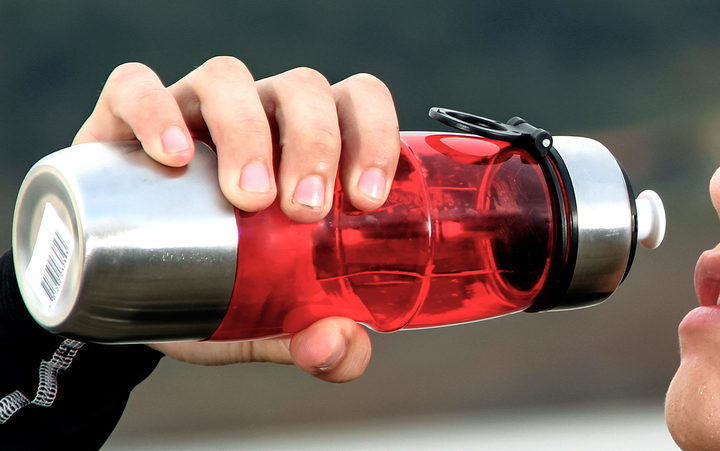 The victim, the manager of a local retail outlet, had returned to his office a couple of hours after 51-year-old salesman Robert Ramsay Miller's visit.

On July 17 last year, it was an unseasonably hot Dunedin day.

He took a long swig from the bottle of raspberry cordial, thought it tasted "a bit sour" and immediately experienced a burning sensation in his throat. He ran outside to vomit.

Gulping back water did nothing to ease the discomfort and instead brought on further bouts of vomiting as he struggled to breathe.

Because of oxygen deficiency, medics were on the verge of performing a tracheostomy - a procedure in which an opening is made in a patient's neck and a tube inserted. His partner was told he could die.

The man survived but spent six months on a liquid diet, experienced two excruciating "throat scrapings". He repeatedly woke in the night choking on his own saliva.

Despite that, with 90 percent of his vocal functioning back, he remained remarkably upbeat and said the real victims in the matter were his partner and children, who had faced the possibility of losing him.

The victim could not understand why Miller had targeted him in the way he did.

"It's just unfathomable to me," he said.

The manager considered himself something of a "prankster" around the office, but said it extended only to innocent japes, such as drawing on someone's mandarin or unplugging a computer mouse.

Miller, who visited the store semi-regularly in his role as a salesman, had never been part of it.

There was no tit-for-tat, no one-upmanship at all, he said, which made the episode even harder to understand.

Miller appeared in the Dunedin District Court yesterday after pleading guilty to injuring by an unlawful act.

Judge Kevin Phillips had earlier denied the defendant's application for a discharge without conviction and yesterday said he was concerned about the man's reference to the incident as a "prank".

"I need to tell you it wasn't a prank, it wasn't a joke, it was a criminal act. I don't know how much clearer I can make that," the judge said.

"What you did was the height of absolute stupidity."

Miller said he never imagined there would be a near-fatal outcome from his spur-of-the-moment act.

"When I put the hand sanitiser in his bottle, I had thought he would take a sip, it would taste bad and he would spit it out," he told the Otago Daily Times in a statement through his lawyer yesterday.

Judge Phillips said the fact Miller had not intended to harm the victim was inconsequential.

"Hundreds of people in the dock before you never thought about their criminal conduct either. That's not an excuse at all," he said.

The defendant apologised to his former colleague and stressed he had wanted to sit down and show his contrition face to face.

But the victim was convinced, after the matter had taken so long to progress through court, that there was no real remorse.

Judge Phillips ordered Miller to pay $10,052 to cover the victim's costs and emotional harm, while acknowledging that would go nowhere near redressing the balance.

Despite previous discussion of further penalties, the judge imposed nothing further.

"I think you punish yourself every time you look in the mirror and ask yourself why the hell you did what you did that day," he said.

"The punishment is in the doing and having to live with what you did to this man."