A prisoner who took part in a revenge gang-hit on a prison officer has had over six years added to his sentence. 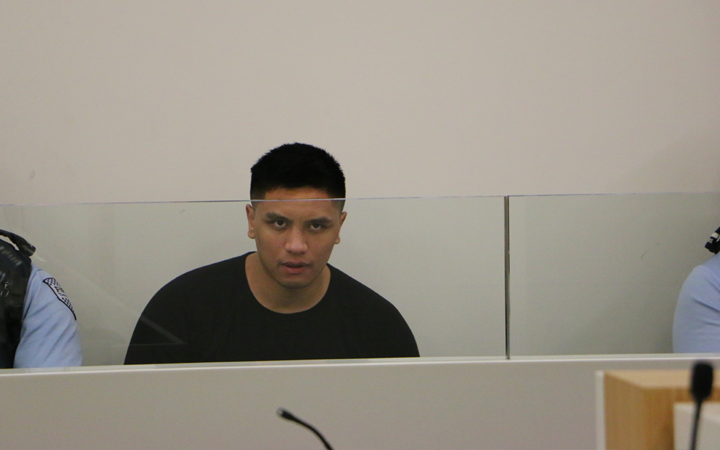 Samuel Junior Hutchins was one of three gang members inside the country's maximum security prison who took part in the attack that left an officer with cuts to his head, neck and arms.

Hutchins was today sentenced at the Auckland District Court to six years, nine months and two weeks in prison after earlier being found guilty of injuring with intent to cause grievous bodily harm.

Details of the hit inside prison emerged for the first time today.

Judge Claire Ryan said it started with the head of the Killer Beez street gang Joshua Masters having an altercation with prison officer Desmond Fa'afoi in April last year.

"Mr Joshua Masters adopted a fighting stance. It was difficult to tell from the CCTV footage whether or not there was contact made between Mr Joshua Masters and Mr Desmond Fa'afoi, or simply threatening and menacing words."

As a result, Masters was moved from the unit.

The Crown's case was the three made and sharpened two shanks and attacked Mr Fa'afoi as they were moved from the recreation room to their cells.

Wellington threw the first blow at Mr Fa'afoi before attacking a second officer and leaving Angell and Hutchins to continue the onslaught on Mr Fa'afoi.

"Within a very short time, Mr Fa'afoi sustained lacerations to his scalp, to his head and face and to his arms and upper body area. Some of those lacerations eventually required numerous stitches. He began to bleed heavily."

"He's concerned about his and his family's safety because of the Killer Beez connection. After the assaults, and because of the psychological and physical trauma he sustained, his personal relationship has been significantly affected."

The judge said Mr Fa'afoi has not been back at work since the attack.

Judge Ryan did not go into the full reasons for that. Mr Fa'afoi was also charged after the incident. Body camera footage from another officer showed him kick Angell as Angell lay on the ground surrounded by other officers.

Mr Fa'afoi was charged with injuring with intent to injure but was acquitted following a High Court trial.

In sentencing Hutchins, Judge Ryan acknowledged Hutchins was the only prisoner not armed with a shank.

But she said he had racked up a lengthy record in a short period of time.

The judge took time off his sentence for his relative young age and the courses he had done inside prison to turn his life around.