Urban Māori leader John Tamihere has accused Auckland Council of losing control of its "arrogant" and "corrupt" development arm and shutting out the poor. 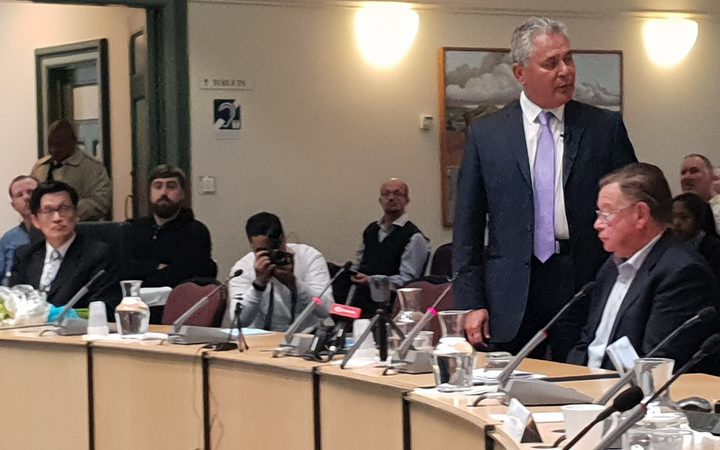 During a feisty Auckland Council meeting National Urban Māori Authority's leader said the council and its semi-independent development arm, Panuku, were not providing enough social housing, in breach of the Human Rights Act.

Mr Tamihere said his Waipareira Trust had been looking to build social housing in Papatoetoe when they discovered Panuku had capped the amount of social houses allowed.

The Trust obtained a legal opinion that said the cap was a breach of the Human Rights Act, Mr Tamihere said.

It then didn't want to sign an agreement to develop the land knowing it was in breach of the law and approached, he said.

"The answer from this arrogant outfit was 'get lost,'" he said.

"There is something seriously corrupt about that conduct. They need to be sorted out."

The authority would take them to court over the issue if need be, he said.

Mr Tamihere, who also revealed he was considering running for mayor, said the council's development policy was focused on accommodating the rich and keeping the poor out of decent housing.

In a testy exchange with Mayor Phil Goff, Mr Tamihere refused to withdraw his allegation that the organisation was corrupt.

Mr Goff said the officials at Panuku were hard-working and decent and Mr Tamihere's comments were unfair and defamatory.

Everyone on the council was concerned about making sure all Aucklanders had decent housing, she said.

Mr Tamihere asked why land in rich areas - like the golf course in Remuera - were not being used for social housing.

In a statement, released as the meeting started, Mr Tamihere called the mayor's participation in last week's homelessness census a "stunt" by a man whose council policies were generating more homelessness.

No council land with pensioner housing on it should be sold, he said.