An elderly woman armed with secateurs is the latest flower thief to target public gardens. 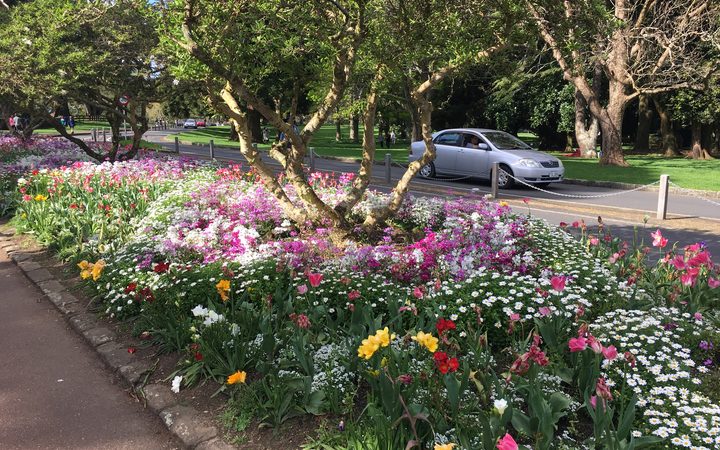 She came armed with secateurs and a side-kick for support. A flash of guilt crossed her face but she bent over the colourful flower bed in Auckland's Cornwall Park anyway and lopped at the fragrant spring blooms.

The elderly women, who slowed traffic yesterday as they ventured out on the road to gain access to the best freesias and tulips, were just the latest flower fans to go pilfering at the largest parkland in Auckland.

Park director Michael Ayrton said flower thieves operated in the park every spring and autumn, but it was the first time he'd heard of one wielding gardening tools.

"She came with intent," he said.

"It was obviously a premeditated thing. They obviously wanted some cut flowers and decided to help themselves."

"The spring blooms are there and planted for everyone to enjoy, so it's quite a selfish attitude to hear that people are helping themselves to plants that are provided for everyone's enjoyment." 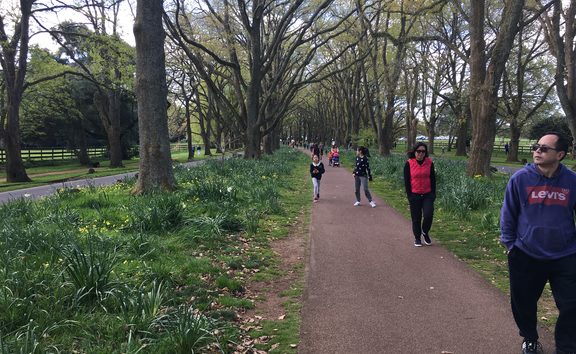 The women nabbed the flowers while the park was packed with visitors. Photo: RNZ/Veronica Schmidt

He was astonished the two women decided to steal in the middle of a sunny spring day when the park was packed with visitors.

"They're pretty gutsy to do it in the middle of the day. Very surprising."

Flower thieves are usually sneakier, he said, and are long gone by the time the "garden staff notice the beds hacked into," Mr Ayrton said.

Occasionally, people have been caught stealing flowers - often after other park visitors have tipped off staff - and have been trespassed from the park, he said.

"Conditions of entry categorically state you're not to pick the flowers."

Signs are also put out during spring and autumn, asking visitors not to pick the flowers.

Flower theft has long been a problem for parks across the country.

Earlier this month, the Christchurch group Friends of Abberley Park complained on Facebook that people were not only stealing flowers but pulling the "Please do not pick the flowers" signs out of the ground too.

The group posted, "To the guy who parked his car, let his kid out to pick the daffodils while he sat in the car on his mobile phone - yes - you were breaking the law".

At the beginning of the year, the group said council staff had planted a new flowers at the park and within a month more than half had been taken.

Cornwall Park's Michael Ayrton said it wasn't just flowers people stole. Firewood was provided for the barbecues in the park, and at the beginning of winter, thieves often took off with it.