The lawyer of a man who stomped a pensioner to death says a judge's call for a review of his mental health care should be irrefutable. 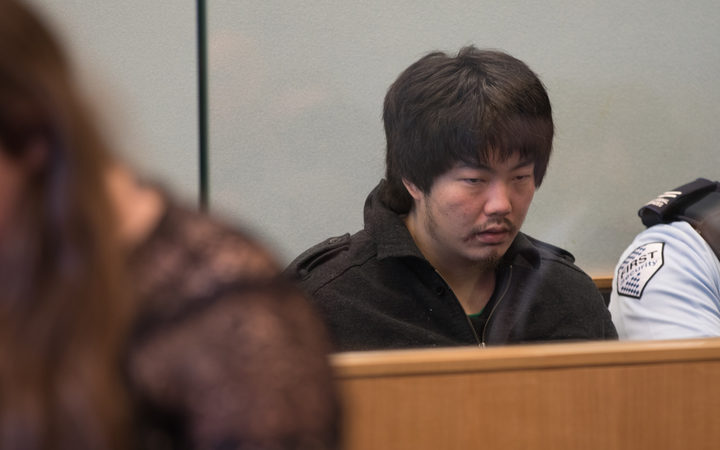 Gabriel Yad-Elohim was yesterday sentenced to at least 13 years in prison for the murder of 69-year-old Michael Mulholland.

Yad-Elohim, who had a history of schizophrenia, was discharged from Auckland Hospital's mental health ward after doctors deemed him to be well enough.

He had initially presented himself to the hospital, saying he was hearing voices telling him to kill people.

A High Court judge has called for a review of the 29-year-old's care and the decision-making that led to his release into the community.

After Yad-Elohim was charged the DHB commissioned an external review of Yad-Elohim's care, which was done by a clinical director from Northland and a nurse director from Christchurch.

It said the review found no substantial care problem that may have contributed to what happened, but it couldn't make the review public for privacy reasons.

During the trial, Yad-Elohim's lawyer, Matthew Goodwin, was critical of his client's care and Te Whetu Tawera's decision-making.

He backed the judge's call for further scrutiny.

"I totally endorse what the judge said. I had made the submission in court that the Te Whetu Tawera decision making process was fundamentally flawed and that there were very serious needs of Mr Yad-Elohim which hadn't been addressed and within 72 hours somebody had been killed by my client.

"So that would suggest there was a strong, or urgent need to look at the systems that were in place and whether those were adequate."

He said it should be led by an independent body, like the Ministry of Health, not by someone within a DHB.

"The external review obviously brings in more independent, senior professionals who examine the situation and I would expect that if that was to occur in this case there should be a number of further issues which are identified and which are addressed.

"If you have people who come from so similar backgrounds they may not necessarily see the problems because it's a system that's in play at the moment.

"So the director tended to rely upon the existing system and say 'well this is the way we do things' but that doesn't seem to add any value in terms of improvement to prevent this happening again."

He said the judge would not have made the comments if he was not "seriously concerned about what's happened".

"If we're in a situation where a judge takes the unusual step of saying, based on what he's seen in court and heard about in court, basically that wasn't enough. I would have thought the need for an external review is irrefutable.

"We're talking about matters of life and death so if the system's arguably failed and potentially could fail again."

In a statement the Ministry of Health said it would be looking into the matter.

"Following on from the outcome of the criminal trial, the Director of Mental Health will be carefully reviewing all information available on this case to determine whether any further actions are necessary."

The Coroner's file on Michael Mulholland's death also remains open but a decision on whether to hold an inquest has not yet been made.

Mr Goodwin said his client would seek leave to appeal.