A Taranaki man charged with dangerous driving causing death following an accident that killed a Waitara teenager last month has denied the offence.

The 37-year-old appeared in the New Plymouth District Court today where he also pleaded not guilty to charges of possession of cannabis, possession of utensils to consume methamphetamine, speeding and refusing to give a blood sample.

On 28 August, Olivia Renee Keightley-Trigg, 18, died after the man allegedly crashed into her on State Highway 3 between New Plymouth and Waitara.

The court heard that at about 6am the defendant was travelling towards New Plymouth when he crossed double yellow lines while overtaking another vehicle and drove into the path of Ms Keightley-Trigg.

Keightley-Trigg is one of 12 people to have been killed on the stretch of SH3 in the last 10 years.

The defendant was granted interim name suppression until 26 September, pending an appeal being filed over its potential lifting.

Defence counsel Paul Keegan argued that publication of the defendant's name could prejudice his right to a fair trial. 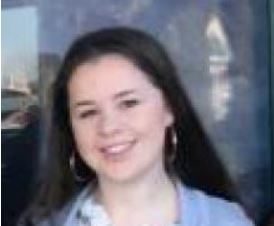 But Crown prosecutor Detective Sergeant Dave MacKenzie disagreed, telling the court that the defendant's right to a fair trial could be protected via other means.

Judge Garry Barkle said he was inclined to lift the name suppression in the interests of open justice but noted Mr Keegan had signalled his intention to appeal any such decision.

The defendant, who has elected trial by jury, was remanded in custody to reappear on 22 November for a case review.