A man who stomped a pensioner to death just three days after being discharged from Auckland City Hospital's mental health unit has been sentenced to life in prison with a minimum non-parole period of 13 years. 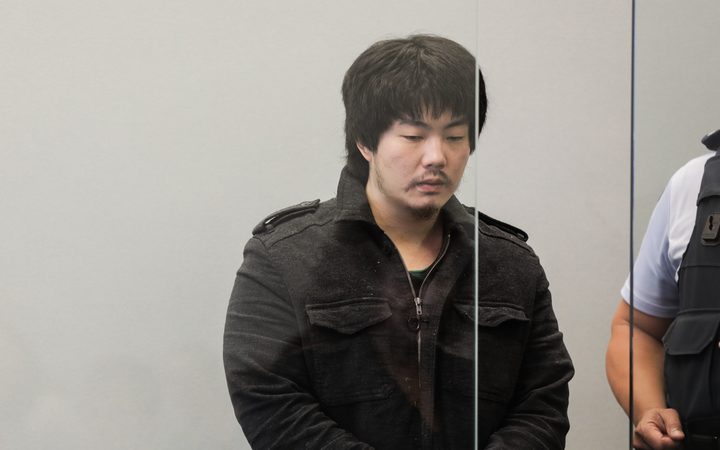 Gabriel Yad-Elohim appeared at the High Court in Auckland today for sentencing over the murder of 69-year-old Michael Mulholland.

Mr Mulholland's daughter told the court that the pain of losing her father was immense.

She said her father was just an old man who enjoyed collecting National Geographic magazines and reading. He treasured gifts and letters from his children like diamonds.

At his trial last month, the jury dismissed Yad-Elohim's defence of insanity.

Yad-Elohim had a history of mental health problems, having visited four mental health units in eight years, including his time inside Auckland's Te Whetu Tawera shortly before the killing.

Medical staff knew he took methamphetamine - there were traces of the class A drug in a urine sample he gave. But they could not force him to get help for his drug use.

When the hospital became full, Yad-Elohim was discharged to a community respite centre. He left his medication there and made his way to Karangahape Rd where he went looking for drugs.

But the case came down to the state of Yad-Elohim's mental health at the time of the killing. Essentially, the jury had to decide between two experts.

But he said Yad-Elohim had been ripped off in a drug deal. He had given a woman $200 to get methamphetamine from Mr Mulholland and the woman had run off.

Dr Dean said despite his history of mental health issues, Yad-Elohim felt betrayed and angry when he was ripped off in a drug deal.

Yad-Elohim's lawyers called their own psychiatry expert, James Cavney. Dr Cavney concluded Yad-Elohim was hearing voices before the attack and even during the attack.

He said Yad-Elohim believed he was a messenger of God.

The day after the attack he was arrested by the police. The DVD recording of his police interview shows him turning to the empty corner of the room and holding up his cup as if he is toasting someone. There was no one there.

At the end of the recording police left the room and Yad-Elohim appeared to be talking to the spirit of Mr Mulholland.

But the Crown argued that Yad-Elohim acted out of revenge for being ripped off.

She said it was significant Yad-Elohim headed back to Karangahape Rd after the attack to get methamphetamine.

Yad-Elohim has been remanded to Auckland's secure psychiatric unit, the Mason Clinic.

The coroner can choose to hold an inquest into a violent or sudden death. The coroner can also make comments or recommendations in their finding to help prevent similar deaths in the future.

A spokesperson for the coroner said a decision on whether an inquest into Mr Mulholland's death would take place has not yet been made.

In sentencing Yad-Elohim, Justice van Bohemen said there needed to be a thorough examination of the decision that led to Yad-Elohim being released.