An Indian woman facing deportation wants justice served on the men she says took more than $30,000 from her in return for work visas for jobs that did not exist. 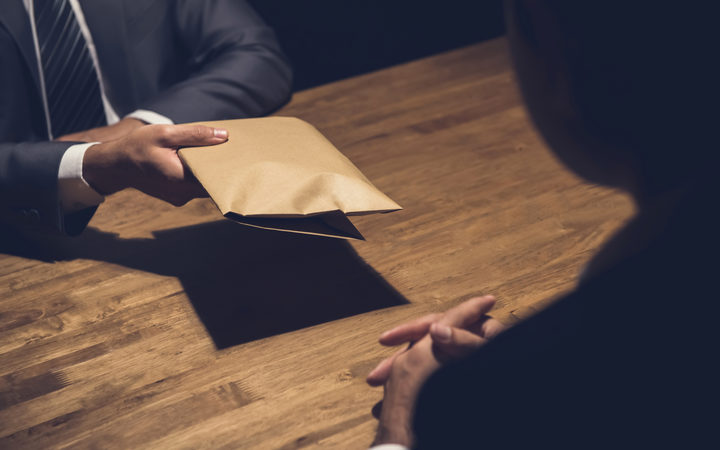 Damanpreet Kaur told RNZ she was depressed and had provided Immigration New Zealand with details of her allegations in hope it will allow her to stay in the country.

Her immigration adviser, Tuariki Delamere, urged the government to crack down on the group, who he described as parasites.

In both cases, Ms Kaur received a 2-year work visa that restricted her to employment by the company named on the visa, but found there was no job.

RNZ first interviewed Ms Kaur about her situation in February and though she shared secret recordings of the men who scammed her she was not ready to go public.

Now she has sent the Associate Immigration Minister Kris Faafoi a statement detailing the allegations, as well as bank statements showing payments to the two Tauranga men and to a company where the Hamilton man was a director, as well as cash withdrawals she says were later given to the men.

The Tauranga men have denied the allegations, but the Hamilton man has not returned repeated phone calls from RNZ.

Ms Kaur said Immigration New Zealand had told her she could be served with a deportation notice because she was not working for the company specified on her current two-year work visa.

She said she was surviving by depending on money from her parents in India and support from her friends in New Zealand, but her parents would not support her if she returned to India.

"I'm in depression now," she said.

Ms Kaur said she hoped someone would help her get her money back and that Immigration New Zealand would change her visa to an open work visa.

She understood that she had broken Immigration rules by paying for a job, but had found it too hard to find work in the same field that she had studied, she said.

"It's my mistake, I apologise about my mistake. But I need one chance, last one chance from Immigration," she said.

He said it was unusual for someone in Ms Kaur's position to have bank records showing payments to the people who had defrauded her.

He had contacted Immigration New Zealand and encouraged them to use the evidence to investigate those involved, he said.

"The real problem is getting and stopping these people who exploit everybody. They are parasites on New Zealand.

"Here she's got the evidence, so let's use her and go after these people and prosecute them to the maximum extent of the law," he said.

Mr Delamere said he understood some of the people who had taken Ms Kaur's money were permanent residents or citizens and he wanted a law change so their right to live in New Zealand could be revoked.

"That's how you'll stop it, these people won't risk their right to stay in New Zealand."

The deals in detail

She said in a statement she received a 1-year open work visa after completing an IT course in Auckland in March 2016, but when that expired she had trouble getting a 2-year work visa.

She said in March 2017 two men told her they would give her an IT job in an internet cafe in Tauranga if she paid them $50,000. They said the job would get her a work visa and help her to eventually get a residence visa.

A company was set up specifically to employ her in the internet cafe with the wife of one of the men named as the company's director and owner, she said.

She also deposited $4500 into his bank account in five separate transfers on 31 July 2017 and the same day he gave her a bank cheque for $4500 and told her to cash it and give the money to the second man.

She later discovered the net cafe had no working computers and there was no job, Ms Kaur said.

The second man told her she would have to find a cash job somewhere else and give him money so that he could pay her and her PAYE tax in order to maintain the pretence that she had a job, she said.

"This was the first time I knew about this. I knew I had paid a lot of money to get this job, but they always told me it would be a real job and would pay me real wages. I was totally upset and shocked," Ms Kaur said in her statement.

The men demanded more money to help her apply for residency and threatened to have her deported if she made trouble, she said.

She said the second man assaulted her verbally and physically.

The man told RNZ the allegations were false. He said the payments Ms Kaur made to him were on behalf of the other man, who bought his business in Merivale, Tauranga.

The first man asked RNZ if Ms Kaur had any proof that she had paid him $4500.

When told that she had provided bank statements showing deposits to his account, he said the money was a loan and he repaid her a week later with a bank cheque.

He said Ms Kaur worked for a week at the internet cafe, but then failed to turn up.

"She was just never there and just making excuses," he said.

Ms Kaur's statement said she started to look for another job and was introduced to a Hamilton man who told her he would give her an IT job paying $21 an hour if she paid him $16,000.

Ms Kaur said on 18 December 2017 she paid the Hamilton man a further $11,200 in cash after which she received a signed employment agreement and job offer.

On 23 January 2018 Ms Kaur received her work visa but before moving to Hamilton she met two other Indian women who said they had paid the man for employment at his company, but there were no actual jobs.

The women said they paid the man enough money to cover their wages and tax payments and he rotated the money back to them, Ms Kaur's statement said.

The man contacted her again and asked her for a further $5000 to support her application for a residence visa, she said.

"I kept asking him to honour his promise for a real job at $21 an hour. He told me I would have to pay my own wages and PAYE until his company got a new project," she said in her statement.

Damanpreet Kaur recorded a meeting with a man in Hamilton earlier this year.

At first they discuss work and sums of money.

"I've gotta get the five to finish that first process, that was getting visa. The next process is 10 and five," he says.

"Yeah, ten and five. Five on [unclear], ten on the process," he responds.

The man says Ms Kaur must find a job until he is able to provide her with work.

She replies that she no longer wants to continue the "process".

"Can you refund my money," she asks.

"We can do that, that's no issue," the man replies, but then explains that the money is tied up in investments.

Ms Kaur told RNZ the man did not attend later meetings and did not refund any of her money.